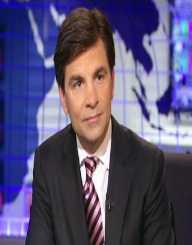 George Stephanopoulos spent a brief period in Purchase, New York during his early childhood. After that, he moved to the eastern suburbs of Cleveland, Ohio and grew up there. He received his high school education attending the Orange High School in Pepper Pike. During his school days, he participated in competitive wrestling. In 1982, he graduated from Columbia University with a B.A. in political science. He won a Rhodes scholarship to Oxford University in 1983 and attended Balliol College at the University of Oxford in England studying theology. He obtained a master’s degree in theology from the University of Oxford in 1984.

Upon securing the master’s degree, George Stephanopoulos relocated to Washington D.C. and began his career as an aide to Democratic Congressman Ed Feighan of Ohio. He later served as the Chief of Staff of Ed Feighan. In 1988, Stephanopoulos worked on the unsuccessful 1988 Presidential campaign of fellow Greek-American liberal Democrat Michael Dukakis. He returned to Washington D.C. in 1989 and acquired a job of an executive floor assistant to Dick Gephardt, U.S. House of Representatives Majority Leader. He served the post until 1991 when he joined Arkansas Governor and Democrat candidate Bill Clinton’s 1992 U.S. Presidential campaign team as deputy campaign manager for communications.

Bill Clinton started his first term as the U.S. President in 1992, and George Stephanopoulos became the senior advisor to the President for policy and strategy, a position he held until his resignation in 1996. During his time as the senior advisor to the President, he focused his attention on crime legislation and the health care plan initiated and spearheaded by the first lady Hillary Rodham Clinton.

In 1996, Stephanopoulos resigned from the post of senior advisor shortly after Bill Clinton’s re-election to the post of President. He relocated to the New York City and shifted his career to broadcasting. In 1997, he joined ABC News as a political commentator and analyst. In 2002, he started hosting ABC’s Sunday morning political program ‘This Week,’ a position he held until 2010. He also co-hosted ABC’s morning news program ‘Good Morning America.’ He is a substitute anchor of ABC’s evening news broadcast ‘World News Tonight.’

George Stephanopoulos penned a memoir, ‘All Too Human: A Political Education’ and published the same in 1999. The book dealt with his excessive and complicated workload during his association with the White House and the subsequent depression, fatigue, and stress generated out of it. It soon captured the No.1 bestseller position on The New York Times Bestseller list. Responding to the contents of the book, Bill Clinton apologized for the demanding and excessive workloads imposed on Stephanopoulos in the former’s autobiography ‘My Life.’

Stephanopoulos was the co-moderator in the final Democratic Party presidential debate between Illinois Senator Barack Obama and New York Senator Hillary Clinton for the 2008 election cycle. He was again entrusted with the role of co-moderator during the 2012 Republican Party Presidential debate held on January 7, 2012, between Mitt Romney, Ron Paul, and Rick Santorum.

George Stephanopoulos is currently the Chief Anchor and Chief Political Correspondent at ABC News, a position he is holding since the end of August 2014 after the departure of Diane Sawyer, the previous Chief Anchor. He is simultaneously holding his other jobs as well, viz., co-anchor of Good Morning America, host of ‘This Week’ and substitute anchor for ‘ABC World News Tonight.’

George Stephanopoulos appeared in several different T.V. series and movies and also made a few special appearances in shows such as ‘Spin City,’ ‘The American President,’ ‘American Dad and Pawn Stars,’ ‘Friends,’ ‘House of Cards’ and ‘Alpha House.’

A Greek Orthodox Christian, George Stephanopoulos married actress, comedian and writer Alexandra Wentworth on November 20, 2001, at the Archdiocesan Cathedral of the Holy Trinity situated on the Upper East Side of the New York City. The couple is blessed with two daughters; Elliott Anastasia Stephanopoulos and Harper Andrea Stephanopoulos.

During 1994, George Stephanopoulos was the subject of a controversy involving real estate loan. He was accused of sealing a commercial real estate net worth $835,000 with a below-market interest rate with a bank. The bank later clarified that it was a mortgage loan. In 1995, he had a collision with a parked vehicle while coming out of a parking space in front of a restaurant in the Georgetown neighborhood of Washington D.C. He was arrested on the charges of leaving the scene of the accident and driving with an expired license and license plates. However, the charge of leaving the scene of the crash was later dropped.