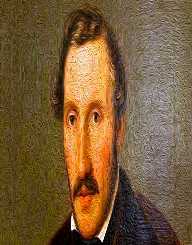 Gaetano Donizetti was a prolific Italian composer best known for his operatic works. Born on November 29, 1797, was one of the leading composers of the bel canto opera style alongside Vincenzo Bellini and Gioachino Rossini during the first half of the nineteenth century. His influence on the style inspired others like Giuseppe Verdi. Aside from composing opera, Gaetano Donizetti also did church music, string quartets and orchestral. His total music compositions include 75 operas, 16 symphonies, 19 string quartets, 193 songs, 45 duets, 28 cantatas, three oratorios, sonatas, instrumental concertos among others.

Gaetano Donizetti was born on November 29, 1797, in Bergamo Borgo Canale to Andrea Donizetti. He was born into a poor family with no music background. Gaetano Donizetti, however, learned in the Lezioni Caritatevoli School established by the German Composer, Simone Mayr in1805. Simone had been appointed the maestro di cappella at Bergamo’s principal church in 1802. His father enrolled him in the school in 1807. However, Gaetano Donizetti was not successful during his first three months of the trial especially as a choirboy that year. Mayr with his special interest for Gaetano Donizetti assured the authorities that he was doing well musically, hence, the need to keep him in the school.

After this, faced subsequent threats of sacks and Mayr had to intervene on his behalf. Such occasions are in1809, for his changing voice and in 1811. Gaetano Donizetti remained at the school until 1815. Mayr’s faith and trust in Gaetano Donizetti yielded results with his composition of the operas Il pigmalione,1816and Olympiade and L'ira d'Achille in 1817. During this period he began his quartet years and composed some piano pieces.

Gaetano Donizetti returned to from Bologna to Bergamo after his education to look for job opportunities since he had none in Bologna. Gaetano Donizetti had several small opportunities and made friends of some singers including Guiseppe de Begins and his wife Giuseppina Ronzi de Begnis during the 1817/18 Carnival season. In April 1818, Gaetano Donizetti came across an old friend mate, Bartolomeo Merelli, which led to an opportunity to compose music from a libretto titled Enrico di Borgogna. Paolo Zancla, the impresario of the Teatro San Luca, accepted the composition and was performed in November 1818, but the audience did not show much interest in it. Nonetheless, Donizetti received some applause after the performance.

He then left for Rome to stage the opera which was titled Zoraida di Granata and arrived on October 21, 1821. The opera was performed in January 1822 and became an instant success. The next month he left Rome for Naples where his opera in Rome had gained him recognition. While there, he gained a contract to compose new operas and also supervise prepare performances of new works by other composers. his first work during this time was the opera, La Zingara at Teatro Nuovo on May 12, 1822.

The opera was met with enthusiasm and run for 28 consecutive evenings. Another 20 performances followed in the following month. Donizetti followed it with the one-act farce, La letteraanonimaon June 29, that same year. Donizetti, he signed a contract with librettist Felice Romani in August 1822, which resulted in the composition of Chiara e Serafina, ossia I pirati. It had 12 performances even though it faced some difficulties at the start that push the performance back. Gaetano Donizetti then returned to Rome where he signed a contract to perform Zoraida for the Teatro Argentina to be revised by Ferretti. Through this, Gaetano Donizetti was able to come out with another opera for the Rome's Teatro Valle from the libretto of Ferretti.

Gaetano Donizetti traveled between Rome and Nepal for most of his career. Gaetano Donizetti had one of his greatest achievements with the opera buffa L’ajonell’imbarazzo, which was premiered on February 4, 1824, at the Rome’s Teatro Valle and was received with much enthusiasm and praise. His first English Romanticism was the opera semiseria, Emilia di Liverpool in Naples performed seven times at the Teatro Nuovo in July 1824. Gaetano Donizetti moved to Palermo where he gained a position as musical director at the Teatro Carolina from 1825 to 1826. Gaetano Donizetti was appointed the Director of the Royal Theatre of Naples in 1829 and held the position until 1838.

Gaetano Donizetti gained international recognition with his work, Anna Bolena, performed with Giuditta Pasta at the Teatro Carcano in Milan on December 26, 1830. It became very popular and between 1830 and 1834 was performed in the Italian peninsula, at the King’s Theatre on July 8, 1831, and in other capitals of Europe in the 1840s. Gaetano Donizetti had already composed the semi-seria, Gianni di Calais in 1828. These two works cemented Donizetti’s reputation as a successful opera composer. Gaetano Donizetti then came out with L’elisir d’amore in1832, which turned out to be one of the masterpieces of opera buffa in the 19th century.

Gaetano Donizetti followed these works with compositions like Francesca di Foix, La romanziera e l’uomonero and Fausta all produced in Naples. Others are Le convenienzeedinconvenienzeteatrala and Ugo, Conte di Parigi performed in Milan among several others. Gaetano Donizetti later left for Paris to perform his Marin Faliero at the Theatre-Italien in March 1835. In September that same year, Gaetano Donizetti was in Naples to oversee the production of Lucia di Lammermoor based on the novel, The Bride of Lammermoor by Sir Walter Scott. This went on to become his famous opera. Some of his works in the 1840s include Maria di Rohan, revival of Linda di Chamounix, Dom Sebastien, Don Pasquale. Gaetano Donizetti health kept declining and in August 1845was diagnosed with Cerebro-spinal syphilis, and this condition kept on worsening.

Gaetano Donizetti was married to Virginia Vasselli in 1828. The couple had three children, but none of them survived infancy. Donizetti died on April 8, 1848, and interred in the cemetery of Valtesse. However, his remains was reburied near his teacher Simon Mayr in Bergamo’s Basilica of Santa Maria Maggiore in the 19th century.