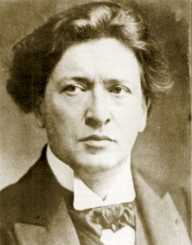 Ferruccio Busoni was born on April 1, 1866. He was a composer, editor, pianist, writer, conductor, and teacher. He had an interest in music that surpassed all understanding. The students he taught music became to be known as famous musicians, and such students include Phillip Jarnach, Edgar VaStefan Wolpe among others. He also edited the compositions of Bach.  His works to date are difficult to understand and perform.

Ferruccio Busoni was born on April 1, 1866, in Empoli, Tuscany, Italy. He was born into a family of musicians. He was born to Ferdinando who was a clarinetist and Anna who was a pianist. He developed an interest in music from a young age since his parents were all musicians. He started singing when he was seven years old when he made a stage appearance with his parents. When he was none years old, he staged his own compositions. For his education he studied in, Graz and Leipzig. He later became a teacher.

Between 1888 and 1894, he taught in Helsinki, United States of America and Moscow. In 1894, Ferrucio Busoni settled in Berlin where he took up a teaching job. In Berlin he was mostly recognised as a pianist and conductor. He taught music which he taught well to his students. Full of the philosophy of music he transmitted it to his pupils who were inspired by his love for music. He wrote the book ‘Sketch of a New Aesthetic of Music’ which illustrated his philosophy of music as being free and how it would attain freedom.

Ferrucio Busoni was always against the war that he swore not to participate in any war activities. He also refused to perform in countries that were involved in war. During World War I, he moved to Bologna then Zurich. In 1920, he returned to Berlin after the war was over. He later resumed teaching music and gave classes in the composition of music.

Most of his compositions were meant for piano. Ferrucio Busoni had a lot of critics who criticized his idea of music but he also had followers who believed in the type of music he portrayed. He never gave into what the critics said but he continued doing what he loved most. He composed music from any sound. He was influenced by the music of Bach and Liszt. He was famous for his piano skills but also for his editing of Bach’s works.

Ferrucio Busoni is popularly known for his piano work ‘Fantasia Contrappunistica’. His works for piano were considered difficult to perform since the performances were physically demanding. Some of his piano solos would go as long as seventy to ninety minutes long. His work ‘Piano Concerto, o.p 39’ is one of the largest works to have ever been written. He also composed operas such as ‘Doktor Faust’.

Ferrucio Busoni won the Anton Rubenstein competition for his ‘Concert Piece for Piano and Orchestra, o.p 31a’.

In 1890, Ferrucio Busoni married Gerda Sjostrand with whom he had two sons. He died in January 1, 1924 in Berlin of Kidney Disease.