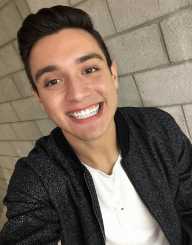 Media star and model Gabriel Conte was born on October 24, 1994, in Miami, Florida. Conte loved performing arts since he was a child and began performing publicly in 7th grade. He became widely popular for his Vine video posts in 2013. After finishing high school, Conte enrolled at Florida State University to pursue a Bachelor of Fine Arts in acting but dropped out to focus on his social media career.

Conte also has a younger sister and a younger brother. Conte has a very close relationship with his siblings. His sister Sofia has appeared on a number of his videos. Conte has a very strong sense of family values. He was dating his fellow YouTube star Jess Bauer, known for her YouTube blog BauerBirds. The two married in 2016.

Gabriel Conte expressed interest in performing arts from a very young age. He used to be a child-model and began performing on stage in 7th grade. He began his social networking career, after posting videos online from his phone app Vine. He began to present several skits and short videos.

Conte became popular very fast. His comedy videos were always creative and presented a new situation with every video. He has also invited his viewers into his personal life, showing his relationships and all activities. His viewers have become a part of the content he is creating. Conte’s followers on Vine grew to 1.9 million viewers.

Conte’s social and friendly manner has made him famous amongst YouTube viewers. Gabriel Conte presents his material funnily and interestingly. Conte does not hide his personal life, rather invites his viewers to follow his daily life. Besides Vine and YouTube, Conte is also active on other social networking sites, like Facebook and Twitter.