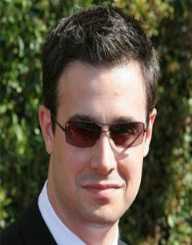 American actor Freddie Prinze Jr. was born on the 8 March 1976 in Los Angeles, California. His father was the comedic actor Freddie Prinze who committed suicide when Prinze was an infant. His mother was Kathy Barber. Prinze was raised in Albuquerque, New México with his mother and maternal relations. His mother’s ancestry was of European including Irish, English and German.

Prinze has Hispanic ancestry on his paternal side as his grandmother was a Puerto Rican who was married to an American of German descent. Prinze is English-Spanish speaking bilingual and spent holidays as a boy with his paternal relations in Puerto Rico. His godfather is the martial arts expert Robert Wall.

After graduating from high school,  Freddie Prinze Jr. relocated to Los Angeles. He had an early role in Family Matters (1995) and found small parts in television before his film debut in To Gillian on Her 37th Birthday (1996).

Freddie Prinze Jr. worked for World Wrestling Entertainment between July 2008 and February 2009. On television, Prinze has appeared on numerous shows including  Movie Trivia Schmoe down (2016-2017), the First Impressions game show (2016) and voice acting in 68 episodes and the television film of Star War Rebels (2014-2018).

In 2000, Freddie Prinze Jr. was listed on a 50 Most Beautiful People list by People magazine. He also featured on the magazine’s Best Dressed list in 2000. Awards Prinze has won Mr. Golden Globe (1996). In 1999, He was awarded the Teen Choice Award: Choice Actor for She’s All That (1999) as well as an award for the Sexiest Love Scene which he shared with his co-star Rachael Leigh Cook. The two actors also won a Kids’ Choice 2000 Blimp Award for Favorite Movie Couple for She’s All That (1999).

Prinze won another Teen Choice Award: Choice Actor for Down to You (2000). He earned a Behind the Voice Actors Awards: Best Vocal Ensemble in a Video Game Dragon Age: Inquisition 2014 (shared).

Freddie Prinze Jr. married actress Sarah Michelle Gellar in 2002. The couple has two children: a daughter Charlotte (b.2009) and a son, Rocky (n.2012). Prinze holds a black belt in American Kenpo Karate, as well as American Tang Soo, Do karate. One of his hobbies is collecting comic books. He is also a video gamer.