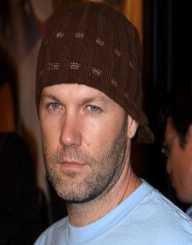 From rags to riches – That is Fred Durst’s story. From working as a lawn mower, he went on to become one of the most popular rappers as the lead vocalist in Limp Bizkit. He has had a career that is widely popular and equally controversial due to his addiction to press coverage, for which he often indulges in useless feuds and irresponsible behavior.

Born William Frederick Durst on August 20, 1970, Fred had a difficult childhood. His parents separated when he was two. His mom remarried, and the family relocated to Jacksonville, Florida where he was brought up. His actual birthplace is Gastonia, North Carolina.

As a child, Durst was often angry and verbal. He brought this character into his rap music with great success later on. By the age of 12, he was interested in breakdancing, hip-hop, heavy metal, beatbox, DJ, and rap.

After graduating from the Hunter Huss High School, Fred Durst joined the Navy briefly. Only spending two years there, he came back and struggled for a job while trying to make it big in the music industry.

Fred Durst has had quite a lot of success after getting recognized for his music and has often stayed in the News for reasons other than music. Regardless, he has quite a large fan base and continues to make favorite music that features on the Billboard Top 100.

After coming back from the Navy, Fred Durst struggled to get a job. He worked as a lawn mower and inked tattoos to make ends meet. In the meantime, he kept thinking about forming a rap band.

Finally, in 1994, he got enough people around and formed Limp Bizkit. The band got a chance to tour with Korn. They kept struggling to gain recognition for three years, and in 1997, they were signed with the Flip records. The first album Three Dollar Bill, Y’all garnered negligible attention.

Fred Durst then gave the band much-needed lift, by collaborating with several artists like Max Cavalera, Korn, and Jonathan Davis.

Fortunes changed for Fred Durst and Limp Bizkit in 1998 when they started getting recognition. In 1999, they released their first critical success – Significant Other. A year later came, the Chocolate Starfish and the Hot Dog Flavored Water.

Over the next five years, they kept enjoying great success, and their fans increased. This included collaborating with Britney Spears in 2002 when Durst wrote songs for her.

In 2005, the band released The Unquestionable Truth (Part 1) before going on a hiatus due to several controversies.

Fred Durst knew how to take advantage of the media by remaining in the spotlight. From showing up late in shows to provoking an already out of control crowd, he did it all to get the press coverage.

This also involved feuds with other artists like Eminem and a sex tape that was leaked on the internet in 2005.

After Limp Bizkit went on a hiatus, Fred Durst ventured into filmmaking and acting. He first appeared in the film Population 436. In 2007, he directed The Education of Charlie Banks followed by The Longshots in 2008. Both films were moderately successful.

Limp Bizkit reunited in 2009 and they released their album Gold Cobra in 2011 that peaked at #16 on the Billboard Top 100. As of 2017, they continue to produce music and do live shows.

Fred Durst has had three marriages. His first marriage to Rachel Tergeson produced him a daughter Adriana Durst in 1990. The couple split in 1993 after three years of marriage. He also has a son named Dallas in 2001.

His second marriage to Esther Nazarov in 2009 lasted only three months.

In 2012, Fred Durst married make-up artist Kseniya Beryazina. They have remained married since.