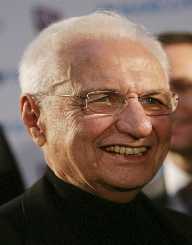 Frank Gehry’s parents were Jews from Poland named Thelma and Irwin Goldberg. He was born 28th February 1929 in the Canadian City of Toronto and was christened Frank Goldberg. His family immigrated to America while he was a teenager in the year 1947. In his early years, Frank Gehry's grandmother nudged him to craft buildings from wood scraps and over the years, he made use of plywood, steel, and allied materials to do same Frank's desire to create architectural masterpieces blossomed as he grew up.

As his father had a largely itinerant profession, Frank's growing up years were not palatable, and his family barely had enough money to meet their needs. He began taking courses at the City College in LA while also supplementing his family income as a delivery truck driver. Frank Gehry did not have ingrain draftsman skills, and this seemed to be a hurdle for him, but when Frank took his first course, he was enthralled. From his encounter with well-meaning tutors at school, Frank's career choice got solidified. He later won a scholarship to study architecture at the University of Southern California from where he bagged a degree in the year 1954.

At the time Frank Gehry started out with Victor Gruen Associates, LA was experiencing a boom in construction and housing after the WW2. The city’s leading lights at this time were the likes of Rudolph Schindler and Richard Neutra. These were modernists in architectural designs, and their works made waves in the city. Frank Gehry had earlier worked as an intern at the Gruen office, but just as he started working, he went to the war front as a draft. On his return, Frank enrolled at Harvard for a course in city planning. He did not complete this foray before returning to LA.

Frank Gehry's return to LA led him in a different direction as he joined the office of Pereira and Luckman. After a stint here, Frank made his way back to Gruen Associates. Gehry was a restless creative at this time, and he journeyed to Paris with his family and pitched his tenth with Andre Remondet, the architect. This afforded him the opportunity to be immersed in the works of the modernist architect, Le Corbusier.

Frank Gehry returned to America with his family in the year 1962 and settled again in LA. He opened his firm, Gehry Associates to start out on his own. He followed the architectural tract of the global appeal he picked up in France. He slowly gravitated towards the emerging avant-garde design slant of the time. This was seen mainly in Santa Monica and Venice beach communities.

Frank Gehry reached out to creatives like Ed Moses, Ed Kienholz, Ed Ruscha and Ed Ruscha at this time. These artists were exploring paintings and sculptures made from industrial by-products of the era. Gehry also looked in the direction of forging a personal vision as he forged an own style and identity.

Frank Gehry showed up on the national radar when he made some furniture from corrugated cardboard. These aroused attention across America when they became famous on account of their uniqueness. He tagged the design as Easy edges, and they showed up on the spreads of leading periodicals and magazines. The buzz that followed Frank's work was not what he envisaged at that height, but he lounged –in any way and made the most of it.Frank's friends and acolytes requested his imaginative designs, and he deployed these when he built houses for them.

The immediate buildings that resulted in the score of this burst of creativity included the shopping mall at Santa Monica Place as well as the Maryland –based headquarters of the Rouse Company in Columbia. These signature works were remarkable and eye-catching.

Frank Gehry explored his unique designs further when he was contracted to put a few public buildings in the LA district. He became mostly unorthodox in his designs that he forged out for the California Aerospace Museum at McClellan Park, the Hollywood sited Frances Goldwyn Branch Library as well as the Loyola University Law School. He made use of fish and snake imageries in his lamp designs which included other unusual decorative motifs.

Some Frank's works in this period featured the unusual decorative motif of a Formica fish, and he designed some lamps and other objects in the form of snakes and fishes. He called his practice “deconstructivism” and used this to tag his explosion of geometric volumes that are often familiar. He transformed them into designs that exuded complexity in an unprecedented scale. By the year 1989, the world acknowledgeFrank Gehry when he was awarded Pritzker Prize. The Pritzker Prize is the premiere architecture award on earth.

Frank Gehry's mix of stainless steel and brick experimentation came alive in the design of the University of Minnesota-based Weisman Art Museum. This work of monumental proportion became highly celebrated after it was completed in the year 1990. Working with other artists, Frank Gehry came up with a design that is celebrated as fanciful in the completed Chiat Day complex in Venice, CA. The advertising firm gave the job for their headquarters to Gehry, and he made a massive statement with it. The building features sculptural forms by the acclaimed duo of Coosje van Bruggen and Claes Oldenburg.

Frank Gehry turned up with his playful side when he designed the “Dancing House” in Prague. The building was sited opposite the Vltava River. The design took them the shape of a pair of undulating cylinders. This building tagged Fred and Ginger are sterling examples of his creative genius.

Frank Gehry's first marriage to Anita Snyder led to the change of his surname to Gehry. Anita convinced him to change his surname from Goldberg to avoid racial prejudice.

His first marriage ended in 1966. In 1975, he got married to Berta Isabel Aguilera, and this was his second marriage. His children include two sons and two daughters.