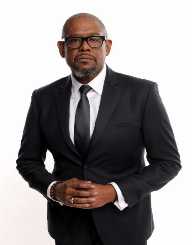 Forest Steven Whitaker III was born on July 15, 1961, in Longview, Texas. His mother Laura was a special education teacher, and his father Forest Steven Jr., who was an insurance salesman. His family moved to Carson, California, together with his two younger brothers and older sister.

After finishing high school, Whitaker earned a football scholarship to California State Polytechnic University in Pomona. However, after a back injury, he had to change his major to music. During the 1980s, he was a part of the group Cal Poly Chamber Singers, with whom he toured England. Whitaker was accepted to the University of Southern California Music Conservatory, where he was planning to study Opera, but he chose to enter the University’s Drama Conservatory. After graduating in 1982, he went on to study at Berkley, California in the branch of Drama Studio London.

Whitakers first on-screen role was in the 1986 film Fast Times at Ridgemont High. In the film, he portrayed a high school football player. The same year, he also appeared in Martin Scorsese’s film The Color of Money. His next project was a film by Oliver Stone, Platoon. One of the most notable works during his early career was the comedy Good Morning, Vietnam. His first major role came in 1988 when Whitaker starred in the lead role as Charlie Parker in the movie Bird. To portray the role of famous musician, Whitaker had to take saxophone lessons. The role earned Whitaker Best Actor award at the 1988 Cannes Film Festival, and he was nominated for a Golden Globe.

Throughout the 1990s, Whitaker took several roles in films by famous directors. In the 1992 film The Crying Game, Whitaker had to learn an English accent. For the role, he received critical praise. In 1994, he was cast in the fil Pret-a-Porter. In 1999, he starred in the film Ghost Dog: The Way of the Samurai. The role is considered to be Whitaker's breakthrough performance, which truly set of his career.

In 2000, Whitaker's career took a slope, after starring in the film Battlefield Earth, which is known as one of the worst movies ever made. Although the film received poor reviews, Whitaker's performance was claimed to be surprisingly good. The following year he took part in The Follow, a film produced to promote BMW cars. Whitakers next critically successful film was 2006 The Last King of Scotland. He lost 50 pounds, learned to play the accordion and researched books about his character Idi Amin. Whitaker's effort garnered him critical acclaim and an Academy Award for Best Actor. The same year, he also starred in The Great Debaters.

After staring in several small roles, Whitaker took the lead role in Lee Daniel’s The Butler. The film became his biggest critical and box-office success. In 2016, Whitaker starred in Rogue One: A Star Wars Story as Saw Gerrera.

Whitaker began appearing in television shows during the 1980s. He starred in shows like Diff’rent Strokes, Amazing Stories and North and South. He mainly worked with HBO on their shows Witness Protection, The Enemy Within and Criminal Justice. In 2002, Whitaker became the narrator of The Twilight Zone. In 2006, he became one of the actors on the medical show ER. For his performance, Whitaker was nominated for an Emmy Award. In 2016, Whitaker made his debut on Broadway, in the play Hughie.

Besides his work as an actor, in the 1990s, Whitaker began producing and directing several shows. His debut was in 1991 when he co-produced the film A Rage in Harlem. His directorial debut was the 1993 film for HBO, Strapped. In 1998, he directed romantic comedy Hope Floats. After this project, he took a break from directing until 2004, when he was the director and executive producer of the film First Daughter. For his work on the film, Fruitvale Station Whitaker won the 2013 Sundance Film Festival’s Grand Jury Prize and the Audience Award.

Whitaker married the actress Keisha Nash in 196. The two met on the set of movie Blown Away. Whitaker and Nash had two daughters together, and they are also raising Whitakers son and Nash’s daughter from their previous relationships. Whitaker practices yoga and Filipino martial art Arnis.