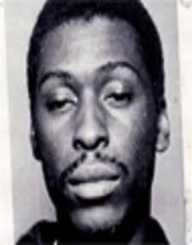 Felix Wayne Mitchell Jr. was born in the city of Oakland, California, on August 23, 1954. He lived in the San Antonio Village housing projects on 69th Avenue. He grew up in poverty, and he dropped out of high school.

He earned millions of dollars every year. He led an extravagant lifestyle. He bought plenty of cars, clothes, and jewelry. He threw over-the-top parties. He also gave back to the people in his community. He donated money to different programs that aimed to help the poor youth living in the area.

Mitchell’s success angered some of the other drug dealers in that region. One of his biggest rivals was Harvey Whisenton, the leader of the gang Funktown USA. The other one was Mickey Moore, the leader of The Family.

The war between the gangs resulted in many victims. Felix Mitchell was the one who popularized drive-by shootings. In 1980, the police discovered six murders related to 69 Mob and The Family. They called this “Bloody August.”

Both the local and federal authorities set their sights on arresting Mitchell. They finally caught him in 1985. He was sentenced to life in prison. He started serving his term at Leavenworth Penitentiary.

Felix Mitchell was stabbed to death by another inmate on August 21, 1986.

Mitchell’s funeral was held on August 29. His body was in a bronze coffin that was hauled by a horse-drawn carriage. The carriage was followed by several Rolls Royce cars.

The procession began in his old district and ended at the Star Bethel Baptist Church. He was finally buried at the Rolling Hills Memorial Park in Richmond. Several thousand people came out on the streets to watch the event. It was also broadcast internationally on television.

The authorities believed that Mitchell’s death would reduce the dealing of heroin in the area. Instead, the rates of both crime and violence went up. Without his control, all the other gangs started attacking each other and raising their prices. In criminology, this effect is now called the “Felix Mitchell Paradox.”

A few years after his death, Mitchell’s convictions were overturned because of technicalities. His lavish funeral served as an inspiration for the films New Jack City and Juice.