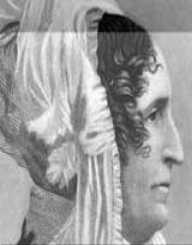 Emma Willard is an educator whose strong advocacy for women's education led her to teaching women and eventually establishing her own school. She died in Troy, New York on April 15, 1870, and was inducted at the  Hall of Fame of Great Americans in 1905 in Bronx, New York.

She married John Willard, a local doctor who is 28 years older than her, in Vermont and remained together until his death in 1825. They had a son named John Willard who was later put in charge for the management of Troy Female Seminary. She was married a second time in 1838 to Christopher Yates who was also a doctor. However, Willard and Yates's union proved to be in a very rough patch that ended in divorce just nine months later in 1843.

Born as Frances Elizabeth Caroline Willard in Berlin, Connecticut on February 23, 1787, she was the sixteenth out of the 17 children of Lydia Hinsdale and Samuel Hart. His father encouraged her and the rest of his siblings to read and at a young age, he spotted young Emma's eagerness for learning. She was enrolled at the age of 15 to a local school in her hometown of Berlin, showing remarkable progress that 2 years later, she began instructing at the said school until she eventually took charge in 1806.

The Pursuit of Knowledge

A year after she was put in charge of her local school, she worked in Massachusetts for a short while then she was employed at a local academy in Middlebury where she stayed from 1807 to 1809. Dissatisfied with the educational system, she started her own school called Middlebury Female Seminary. The school was opened in 1814 and was aimed to educate young women who were denied to study at colleges.

Determined to provide women with the education they've been denied off, she wrote a pamphlet in 1819 that was presented to the New York Legislature entitled A Plan for Improving Female Education. She wrote it with the means to convince the government to allocate the same amount of funding that men's education have in contrast to women's education then. Initially, it was ignored by the legislators but she was soon heard by Governor DeWitt Clinton. At the time, Clinton served as NYC's governor and invited Willard to establish a school at the city, therefore establishing a school in Waterford, New York with the promise of financial support.

Disappointed for not receiving the promised financial report, she relocated the institution to Troy, New York and renamed the institution as Troy Female Seminary. The school opened its doors in September 1821 and is considered the first school in America that offers higher education to women compared to the basic education then. The school also served to board for students and was later renamed in 1895 as the Emma Willard School in her honor.