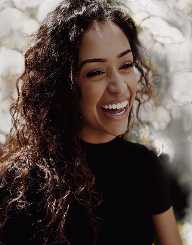 Social media star Elizabeth Koshy was born on March 31, 1996, in Houston Texas. She has two older sisters. After finishing high school, she enrolled in college to study Business Marketing. Koshy began her rise to stardom when she was still in high school. She began to upload videos on the popular social media site Vine and soon gained a wide circle of followers. She is best known under her pseudonym Lizzza.

The young girl quickly became an internet sensation, gaining over 5 million followers on Vine. Despite her major popularity, Koshy does not share details of her personal life on the internet. Recently she also started her YouTube channel, which earned a major fan base with over 2.5 million subscribers. Her Twitter account has more than 4 million subscribers, and her Instagram account continues to grow with over 200 000 followers already. Koshy has also collaborated with other Vine stars like Jake Paul, Lance210, Boris Laursen, Tasia Alexis and others.