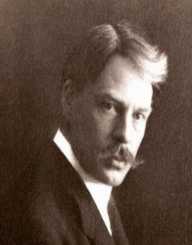 Edward MacDowell was an American late romantic Pianist and composer born on December 18th, 1860. He was also a piano teacher. He is best remembered for his work "Woodland Sketches” and "New England Idylls." He also developed several other piano suites during his career. During his training, he acquired his skills from composer Teresa Carreño and pianist Venezuelan. He l was honored as a member of the American Academy of Arts and Letters in 1904. He then became one of the 7 American pioneers of attaining such honor.

Edward MacDowell was also the first ever composer from America to become famous internationally. His work was excellent for it was even applauded by critics. His short career crashed in 1904 after he was run over by a Hansom cab. Life was never the same again for the great pianist and composer after the crash. He lost mental capabilities after he had great dementia till the time of his death. However, his great works remain his legacy.

Edward MacDowell also was known as Edward Alexander MacDowell was born on December 18th, 1860. His place of birth was New York City. He was the son to Thomas MacDowell and Frances Knapp. His father was a milkman while his mother had a passion for music. His mother, therefore, was a significant influence on his love for music. She introduced it to him at such a young age. At the age of seventeen, he moved with his mother to Paris so that he could further his musical studies.

Through his mother's influence, Edward MacDowell took his first piano lessons at the age of 8. He l was taught by Juan Buitrago, a Columbian violinist who was living with his family at the time. He was later taught by Teresa Carreno who was a renowned Venezuelan pianist. He also took lessons under Pablo Desverine, a Cuban pianist.

In 1877 Edward MacDowell enrolled in the Paris Conservatoire in Paris. He then received a scholarship to study in Antione Francois Marmontel’s studio. Marmontel was among the best pianists known to Paris at the time. In 1879 he moved to Germany and furthered his studies in Dr. Hoch’s Conservatory. while there he studied under Carl Heymann and Joachim Raff.

From 1885 to 1888 while in Germany, Edward MacDowell dedicated all his efforts to compositions. He later realized that the compositions were not earning him much money since he struggled financially.

In 1888 Edward MacDowell moved back to the States and settled in Boston. He then took a job as a piano teacher and meanwhile became a famous concert pianist. He performed in a number of musical organizations in America. In 1896 he was offered a job at Columbia University as a music professor. He took the job and became the first ever professor on music in the university till 1904. Meanwhile he also composed music for Mendelssohn Glee Club and was also the director of the club. During his time he released 4 part songs and 13 piano pieces.

In 1884, MacDowell tied the knot with Marian Nevins. They met at Frankfurt when Nevins was a student under MacDowell. Due to a certain illness that Nevins had suffered from, she was not able to have children.

Edward MacDowell died on January 23rd, 1908. His death took place Manhattan in New York City. He was 47 years old at the time of his death.