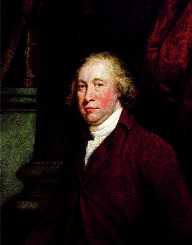 Edmund Burke was a British Politician, Statesman, Author, Orator, Political Theorist/ Philosopher, born during the first half of the eighteenth century. As a politician, Burke had a great impact, serving as a member of parliament in British House of Commons for many years. Burke is best remembered for his strong legendary opposition to the French revolution and support for American Revolution. Burke possessed a moral sense of obligation to always do right about his religion, family, and friends. Due to this, Burke is also remembered greatly for his contribution and support for Catholic emancipation.

Edmund Burke was born on 12th January 1729 in Dublin, Republic of Ireland. His parents were Mary Nagle and Richard. His mother was a Roman Catholic while his father went to the Church of Ireland, but is believed to have been born Catholic. Burke's father Richard was a solicitor and worked in the superior courts located in Dublin. He had to take an oath of allegiance to secure his job because of his faith conversion.

The family was made up of four other children, a daughter and a son named Juliana and Garrett Edmund. Richard was quite temperamental, pragmatic and honest but always had best interests for his son’s future career. It is alleged that he took the oath of allegiance not only to secure his job but also the future of his sons even though they were not born yet.

Edmund Burke was brought up mostly at a place called Blackwater valley in County Cork, where his mother’s family lived. Here Burke had a close relationship with his uncle Patrick Nagle and looked up to him for his entire life as a father figure. Burke attained some formal education in a `Hedge school,’ and was located in the castle of Monanimy ruins to avoid persecution. While here, Edmund Burke discovered the level of persecution that was inflicted on Catholic and the impact of his father’s conversion. This had a lifelong effect on Burke

Hence by the time Edmund Burke left for Dublin later on, he was more wise and knowledgeable.

Edmund Burke followed his father’s faith through his life. Burke attained his education in Ballitore, County Kildare. The school is believed to have been a Quaker school. Later, Burke joined Trinity College Dublin in 1744, which was a Protestant school and did not allow Catholics in their system.

In 1747, Edmund Burke founded a debating society named `Edmund Burke’s Club’ which became College Historical society later on and is first undergraduate society in history. The minutes and recordings of this club are still stored in the Historical Society collection. Burke completed his studies at the Trinity in 1748, and went to Middle temple in London, intending to study law according to his father’s instructions. However, he gave up law studies and began traveling in Continental Europe.

When Edmund Burke was sent to London to pursue law, he wanted to continue his interest in literature at the same time. Burke did not like Law studies and found them dull. Soon, Burke's plan to pursue both law and literature proved delusional. Edmund became more involved in his literature interest and spent a lot of his time listening to writer and learning about the city’s cultural world. At this time, Edmund developed a close relationship with an Irish Doctor called Christopher Nugent and his daughter and had intentions of marrying her. His father soon found out about this and that he had given up his law studies, cut off his financial support.

As a result, Edmund’s writing career kicked off as he had to write and support himself financially. He published his first work in 1756, titled `A Vindication of Natural Society: A view of miseries and Evils arising to Mankind.’ This publication is considered as an expression of Philosophical anarchism, which was the first of its kind. Edmund's second publication came by in 1757, entitled `A philosophical inquiry into the Origin of our ideas of the sublime and beautiful.’ It enjoyed great attention from various renowned philosophers and writers at the time.

Some of Edmund Burke's other writing works at the time include; `An account of the European Settlements’ in 1957, and` The annual register’ in collaboration with Robert Dodsley in 1758. Burke also signed a contract to write the History of England but gave up half way when a similar publication was made.

Edmund Burke met William Gerard Hamilton in 1758, who later became a chief secretary for Ireland in 1761. He appointed Burke to be his Private Secretary, and he had to relocate to Dublin. However they had a conflict after about three years, and Burke ended the job and moved back to London. In 1765, Burke again became a private secretary to the Prime minister of Great Britain then, named Rockingham.

At this time Edmund Burke put his primary focus on reconciliation of American colonies and supported the multi coached stamp act. Due to this, Burke gained a lot of popularity with the colonists. Despite Rockingham’s government failing in 1766 and Burke being offered a similar job in the current administration, he remained loyal to him until his death in 1782.

Edmund Burke was always steadfast and relentless in support for motions, policies, and bills he believed were right. Some of these are; he was against unrestrained royal power and supported a motion on revising Irish trade restrictions. However Edmund's firm stand on issues was not appreciated by all, and he lost an electoral seat in 1780.

In 1781 Edmund Burke was appointed the chairman of the Select committee on East Indian Affairs and later worked as a paymaster for the forces. Burke mainly worked in the opposition for most of his political career. Edmund Burke then retired from parliament at around 1794, when he unsuccessfully tried to impeach Warren Hastings.

Edmund Burke married Mary Nugent the daughter of the Irish doctor Christopher Nugent. The couple had one son named Richard Burke, who later became a member of parliament but died in 1794.

Edmund Burke developed some stomach ailments that led to his death on 9th July 1797 and was buried in a Parish church where his son and brother were buried.