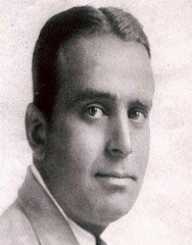 Douglas Fairbanks was born Douglas Elton Ullman on May 23, 1883. He was an American Actor, director, producer, and screenwriter. He was popularly known for his roles in silent movies such as ‘The Mark of the Zorro’ and ‘The Thief of Bagdad’ among others. Douglas loved comedy hence he spent most his life making them. He was the co-founder of United Artists. Douglas also founded The Motion Picture Academy. He died on December 12, 1939, at the age of fifty-six.

Douglas Fairbanks was born Douglas Elton Ullman on May 23, 1883, in Denver in Colorado, United States of America. He was born to Hezekiah Charles Ullman and Ella Adelaide. He grew up in a Jewish family alongside his brother Robert. When he was five years old, his father abandoned them. After his father left, their mother gave them the family name Fairbanks.

Douglas Fairbanks started acting while still young in an amateur theatre of the Denver stage. He performed in Summer Stock at the Elitch Gardens Theatre. He also worked in other productions which received the sponsorship of Margaret Fealy. Margaret ran an acting school for youths in Denver, Colorado. Douglas attended Denver East High School. He, however, was expelled from the school for ruining a piano. In 1899, he left the school-aged fifteen. In the same year, he went on tour with the acting troupe of Frederick Warde. He acted with the troupe. He also became the assistant stage manager with the group.

In 1901, Douglas moved to New York. He made his Broadway debut in ‘Her Lord and Master’ which premiered the following year. He did other odd jobs to sustain himself between his acting jobs. Douglas worked as a clerk in a Wall Street Office. In 1908, he got a role in the Broadway production ‘A Gentleman from Mississippi.’ In 1907, he married Anna Beth Sully with whom he had a son, Douglas Fairbanks Jr. Eight years later, he moved with his family to Los Angeles.

In 1915, Douglas Fairbanks signed a contract with Triangle Pictures. He worked in the company under the supervision of D. W. Griffith. The first film he appeared in was ‘The Lamb.’ In the film, he showcases his athleticism which did not impress Griffith. However, his athletic capabilities intrigued John Emerson and Anita Loos who later directed and wrote his early romantic comedies. In 1916, he founded his company ‘Douglas Fairbanks Film Corporation.’ He later got a job at Paramount.

By 1918, Douglas had become Hollywood’s most famous actor. He also became the third highest paid actor at that time. In 1917, he published a self-help book titled ‘Laugh and Live.’ In 1919, he founded United Artists together with Pickford, Chaplin, and Griffith. The company was meant to give them a sense of independence from the control of movie studios. The company was well financed due to Douglas’ films. In 1919, Douglas and his wife divorced. In 1920, He married Pickford, and they became Hollywood’s first celebrity couple.

By 1920, Douglas Fairbanks had produced and directed twenty-nine films which were accepted by the public and the film industry. He produced and acted in films such as ‘The Black Pirate,’ ‘The Gaucho,’ ‘The Three Musketeers,’ ‘Douglas Fairbanks in Robin Hood’ and ‘The Thief of Bagdad’ among others. In 1927, he became the First President of the Motion Pictures Academy of Arts and Sciences. He had the privilege of presenting the Academy Awards at the Roosevelt Hotel. He has a star on the Hollywood Walk of Fame at 7020 Hollywood Boulevard.

Douglas Fairbanks did not fancy talking movies since he thrived in silent films. As the years progressed, silent films started declining and also did his career. His athletic skills could no longer be of help to him due to his declining health. In 1929, he appeared in his last silent movie titled ‘The Iron Mask.’ In the same year, he appeared with Pickford in the talking film ‘The Taming of the Shrew’.

Five years later, he appeared in his last sound film ‘The Private Life of Don Juan.’ He later retired from acting. In 1933, he and Pickford separated. Douglas then had an affair with Sylvia, Lady Ashley. In 1936, he and Pickford divorced. In the same year, he married Sylvia in Paris.

Douglas Fairbanks died on December 12, 1939, of a heart attack at his home in Santa Monica. He died at the age of fifty-six.