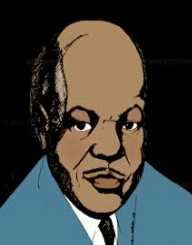 Otis Boykin is an African American scientist famed for his inventions in the world of microelectronics. His designs are still in use in nearly all aspects of electronic gadgets. He is today hailed as the person who made vast improvements on how the heart by-pass implants work in saving lives.

On the 29th of August 1920, Otis Frank Boykin was born in Dallas. He was the son of Walter and Sarah Boykin. His mother was a homemaker and died of cardiac complications barely a year after Boykin was born. His father started as a carpenter but later became a church minister.

Boykin attended Booker T. Washington High School from 1934 to 1938. He graduated top of his class. He enrolled for a degree at Fisk University in Nashville on a scholarship. Boykin’s college scholarship indicated that he was to work in the aerospace laboratory, as part of the work-study program. He graduated in 1941.

Soon after graduating, Otis Boykin joined Majestic Radio and TV Corporation. At the Chicago based firm, Boykin rose from a lab assistant to the post of a supervisor within three years. In 1944, he moved to P.J Nilsen Research Laboratory in Chicago. To further his studies, he enrolled for a Master Degree at the Illinois Institute of Technology in 1946. Due to lack of tuition fees, he soon dropped out of college in 1947, just under two years after he enrolled.

He started his firm, Boykin-Fruth Incorporated in 1946 while still working at P.J Nilsen. His venture did not last for long. He closed shop for lack of finances. Boykin put his efforts into electronic researching. He joined various companies during his researching period.

With a scientific mindset, Otis Boykin had a keen interest in electronic gadgets. He majored in electronic resistors. Soon he was reassembling wire resistors for domestic electronic appliances. He developed a corded wire resistor in 1959. This quick to manufacture resistor made it easy for radio and television makers to use, due to its cheap affordability.

In 1961, he developed another cheap to assemble resistor. This invention could withstand extreme pressures of heat or temperature fluctuation. It could function well under rugged shocks without breakages. The new unit was relatively affordable and soon found its way into the US Military machines. It was mounted on several ammunitions, including remote-guided missiles. The computer manufacturer IBM also used it to strengthen its hardware.

He later relocated to Paris in 1964. Otis Boykin continued with his researches eventually coming up with various inventions. In 1965, he produced an electrical capacitor. Two years later, he came up with a resistor-capacitor. This made electronics more durable and affordable.

Apart from electronics, he developed other improvements. He is credited for creating a burglar-proof cash register. He also made chemical air filters. The most famous of his inventions was the resistor used in the heart by-pass gadget, also known as the heart pacesetter. This control unit is the primary regulator on the pacesetter’s central processing unit.

To protect his inventions from imitations, Otis Boykin patented all his researches. From the first to the last, he had 26 patents for his electronic inventions. Though some of the inventions were done in Europe, all of his patents were registered in the US.

Life has its ironies. Otis Boykin improved the living conditions of people with the improved heart machine implant. Despite his input, Boykin died of a heart attack himself. This occurred on March 13, 1982, in Chicago. He was 61 years of age and still researching.

Boykin spent most of his time in the laboratory. The early demise of his mother through a heart failure inspired him to help others. He concentrated on the most basic electronic component, the electric resistor. In due course, he was able to make important inventions that revolutionized how we live.

The lack of tuition during his second degree did not dampen his zeal to invent. He is quoted to have said that one does not necessarily need a degree to advance in life. From a humble background as the son of a carpenter, he worked his way up the society. Eventually, he became one of the most influential African American scientists of his time.