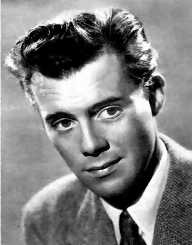 British actor and writer Dirk Bogarde was born Derek Jules Niven van den Bogaerde on the 28 March 1921 in London, England. He had a Scottish mother, Margaret Niven and a father, Ulric van den Bogaerde, an Englishman of Flemish ancestry. Margaret was the daughter of actor Humphrey Bogart. Bogarde had a brother Gareth and a sister Elizabeth.

When sent to live with family in Glasgow, Scotland, he attended Allen Glen’s High School of Science and the University College School. After returning to London, he later studied at the Chelsea School of Art (1937-1938).

Dirk Bogarde was called up during World War II and was with the Royal Corps of Signals. In 1943 he became a second lieutenant in the Queen’s Royal Regiment and worked as an intelligence officer.

In 1939 he started out working as an extra in films and on stage before World War II put his career on hold. His first stage appearance in the West End was in 1939 in the play Cornelius. After returning home from the war, he was offered a contract by the Rank Organisation and it was during this time that his good looks and persona were moulded into a matinee idol. Some of his early roles include Esther Waters (1948), The Blue Lamp (1950) and So Long at the Fair (1950).

In 1963 he won the BAFTA Best Actor award for The Servant and won it a second time in 1965 for Darling. At the Cannes Festival in 1983, he was presented with a special award for service to the cinema. Then in 1987 he was awarded the British Film Institute Fellowship and in 1988 received inaugural BAFTA Tribute Award. He was knighted in 1992. Dirk Bogarde's partner was Anthony Forwood.

After suffering years of ill health due to a stroke in 1987 and complications from surgery, Dirk Bogarde died on the 8 May 1999 from a heart attack in London, England.