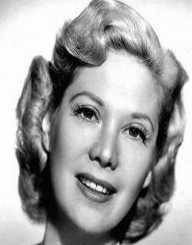 Dinah Shore was born Fannye Rose Shore on February 29, 1916. She was an American actress, television personality and singer. She started her career as a recording artist during the Big Band Era in the 1930s through to the 1940s. She appeared for many of Chevrolet’s productions. She died on February 24, 1994, at the age of seventy seven.

Dinah Shore was born Fannye Rose Shore on February 29, 1916, in Winchester in Tennessee, United States of America. She was born to Anna and Solomon Shore. She brought up alongside her elder sister, Elizabeth. At the age of two, she got infected with polio which she recovered from, but it left her with a deformed foot and limp. Her love for music started while she was young with the encouragement of her mother. She sang to customers in a store where her father worked at.

In 1924, her family moved to McMinnville in Tennessee. The family later moved to Nashville where she finished elementary school. She then attended Hume Fogg High School where she was a cheerleader. Her mother died when she was sixteen of a heart attack. After a while, she joined Vanderbilt University where she was a member of the Alpha Epsilon Phi Sorority. In 1938, she graduated from the school with a Degree in Sociology. She later visited Grand Ole Opry where she made her radio debut on the WSM (AM) station in Nashville.

Dinah Shore later moved to New York City where she pursued her singing career via auditions for orchestras and radio stations. She was lucky to be hired as a vocalist as WNEW where she sang alongside Frank Sinatra. While in New York, she did a lot of singing and recording with the Xavier Cugat Orchestra. In 1940, she signed a recording contract with RCA Victor Records.

In 1939, Dinah Shore started her radio career with the CBS radio program ‘Ben Bernie’s Orchestra.’ In 1940, she became a featured vocalist on the radio show ‘The Chamber Music Society of Lower Basin Street.’ In 1940, she was signed as a regular on Eddie Cantor’s radio show ‘Time to Smile.’ Her first major song to hit was titled ‘Yes, My Darling Daughter.’ She later became a singing sensation with her radio show ‘Call to Music.’

In 1943, she made her film debut in the movie ‘Thank You Lucky Stars.’ She later went to another radio show ‘Paul Whiteman Presents.’ Her hits during the Second World War included ‘Jim,’ ‘I’ll Walk Alone’ and ‘You’d Be So Nice To Come Home To.’ Her single ‘Blues in the Night’ won a gold disc from RIAA. The single also sold more than one million copies. She supported the troops overseas by participating in USO tours to Europe.

In 1943, Dinah Shore got married to George Montgomery, an actor at the time of their marriage and who joined military service. After her husband served in the military, he came back to her, and they moved to San Fernando in California. In 1948, they got their first child, Melissa Ann. In 1954, they adopted a son, John David and they later moved to Beverly Hills.

In the 1940s, Shore continued appearing in radio shows. In 1946, she signed a contract with Columbia Records. With Columbia records, she released the single ‘Shoo Fly Pie and Apple Pan Dowdy’ which was a success. In 1949, she recorded her most popular recording ‘Baby, It’s Cold Outside.’ She was also a musical guest in the films ‘Up in Arms’, ‘Follow the Boys,’ ‘Thank Your Lucky Stars,’ ‘Belle of Yukon’ and ‘Make Mine Music’ among others.

In 1950, Dinah Shore signed a contract again with RCA Victor. Some of the hits she recorded in the 1950s included ‘My Heart Cries for You,’ ‘Sweet Violets,’ ‘A Penny a Kiss’ and ‘If I Give My Heart to You’ among others. She also released the albums ‘Vivacious’, ‘Once in a While’ and ‘Bouquet of Blues.’ She also released the studio albums ‘Moments Like These’ and ‘Holding Hands at Midnight.’

In 1959, Shore signed with Capitol Records and recorded the hit single ‘I Ain’t Down Yet.’ She also released the albums ‘Down Home and The Fabulous Hits’ and ‘Dinah’ with the record label. In 1962, she was dropped by Capitol Records. In 1979, she recorded her final studio album titled ‘Dinah! Visits Sesame Street’.

In 1949, Dinah Shore made her commercial television debut on the ‘Ed Wynn Show.’ In 1951, she started her show titled ‘The Dinah Shore Show’ on NBC. She later guest starred in the series ‘The Tony Martin Show’ alongside Tony Martin. In 1956, she won an Emmy Award for the show. She later appeared as a guest in the television show ‘The Pat Boone Chevy Showroom.’ She later hosted her shows “Dinah’s Place’ and ‘Dinah!’ Shore completed her television career when she hosted the show ‘A Conversation with Dinah.’

In 1943, Dinah Shore got married to actor George Montgomery with whom she had two children. In 1962, they divorced. She later got married to Maurice Smith, but it was a brief marriage. She then was involved romantically with actor Rod Taylor, Dick Martin who was a comedian, and Eddie Fisher who was a singer. She also had romantic relationships with young men such as actor Burt Reynolds, Wayne Rogers, actor Ron Ely, and Andy Williams.

Dinah Shore died on February 24, 1994, from complications associated with ovarian cancer at her home in Beverly Hills in California. Her remains were cremated on the same day. Some of her ashes were interred at the Hillside Memorial Park Cemetery in California and the Forest Lawn Cemetery.