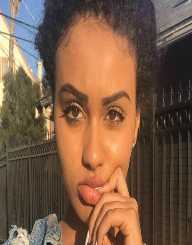 The advent of the internet has had its sheer of benefits to the society today. Among the many benefits is that it has become a huge platform that youngsters are taking advantage of in gaining popularity. One of such individuals that has earned herself high acclaim through the internet is Devenity Perkins. Perkins was born on August 13th, 2003. She has made a huge difference in her life thanks to the internet. Her musical.ly account is called PerkinsSisters, and it has over a million followers.

Devenity Perkins career took a different turn after featuring in Gina’s Journey documentary in 2014. During the same year, she featured in Senior Slasher. Earlier on in 2008, she paired with her sister in the formation of a WzTheBuzz portal. The turned this portal into their business three years later. This webpage offers its visitors information relating to recipes, restaurants, fashion, etc. Besides this, on musical.ly, Perkins has a strong influence thanks to the huge number of followers that she boasts of. This has made her into a socialite with remarkable influence. On Instagram, Perkins and her sister have over 115K followers. On YouTube, the story is just the same. Some of their notable videos on these pages include Boyfriend Tag?Dani’s Version, Messy Trivia Challenge, Taco Bell ChallengeandTrying Online Dating.

The young teenager is not open about her relationship. Nonetheless, through the internet platform, she and her sister have tried out online dating. Perkins pet name is called Deven.