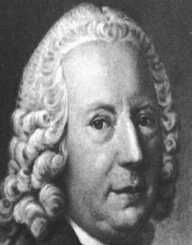 Johann Bernoulli was born on August 6th, 1667. His place of birth was in Basel. He was also famously known as John or Jean. He earned his fame for being a Swiss mathematician from the Bernoulli family. His main contributions were felt mainly in calculus. Aside from this, Bernoulli is also notable for being Leonhard Euler’s tutor.

Johann Bernoulli was born on August 6th, 1667 in Basel. His father, Nicolaus Bernoulli sold medicine and drugs. On the other hand, his mother’s name was Margaretha Schonauer. Sooner or later, Bernoulli began his medical studies at Basel University. This was contrary to his father’s wishes as he initially wanted him to pursue business. His father desired that his son study business for the reason that he would later take over their family business.

Nonetheless, Bernoulli initially had an interest in learning medicine. As a result, he convinced his father that his primary interest was different from business. After some period of learning medicine, Bernoulli switched paths and began studying mathematics. His elder brother named Jacob was also studying mathematics at the time. The brothers spent most of their time researching and applying calculus to different problems.

It is after his graduation that Johann Bernoulli began teaching differential equations. In 1694, his tied the knot with Dorothea Falkner. After that, he was employed at the University of Groningen as a mathematics professor.

In spite of the fact that Johann Bernoulli and his brother Jacob worked together in studying mathematics, they were always jealous of each other’s achievements. In some times, the two competed against each other hoping to be better than the other. With the death of his brother Jacob as a result of tuberculosis, Johann Bernoulli became jealous of his young and talented son named Daniel.

For instance, in 1738, there is a time when Johann Bernoulli and his son almost published separate works for the research on hydrodynamics that they had been working on together. Apart from his son Daniel Bernoulli, Johann was the father to two other sons including Nicolaus II Bernoulli and d Johann II Bernoulli.

Johann Bernoulli passed away on January 1st, 1748. He was 80 years old when he died.