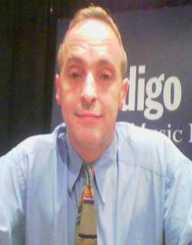 David Sedaris is an American writer and humorist known for his satirical and self-deprecating works that revolve around his life experience, family, and travels. He is the recipient of the Thurber Prize for American Humor in 2001 for his works as well as hailed as Time magazine's Humorist of the Year for the same year.

He is openly gay and has been living with his partner, Hugh Hamrick, at their home in West Sussex, England. They have been in a relationship with each other since the early 1990s and has lived together in different locations such as New York, Paris, and Tokyo before settling in their current residence in England.

The Birth of the Fun Gene in the Family

David Sedaris was born on December 26, 1956, as David Raymond Sedaris in Johnson, New York. He was the second child of the bunch and also has a sister who entered the entertainment industry, Amy Sedaris. His parents were Lou and Sharon Sedaris who later relocated to Raleigh, North Carolina where he spent his childhood. His father was of Greek lineage while his mother has the Anglo-American trail within her, but Sedaris grew up practicing the Greek Orthodox faith from his father's side.

Growing up, David Sedaris attended Raleigh's Jesse O. Sanderson High School where he was regularly involved in the performance and visual arts while coming into terms with his sexuality. Upon graduation, he entered Western Carolina University then dropped out of the said school and transferred to Kent State University but did not last long and dropped out of the said school as well in 1977 to pursue hitchhiking across the state.

Six years later in 1983, he moved to Chicago where he attended and graduated in 1987 from Chicago's School of the Art Institute. While visiting Chicago's Art Institute, Sedaris kept track of his life by keeping a diary and decided to pursue a career in writing. Upon graduating from university, he started to teach writing as a sideline while simultaneously reading his diaries at clubs.  A representative of Chicago Public Radio, Ira Glass, was drawn to one of his readings and invited him to perform on his program entitled The Wild Room.

David Sedaris also worked a series of odd jobs to support his writing doing housecleaning and working as a store clerk in a department store in Manhattan's Macy's department store. His experience at the said store gave birth to one of his prominent works, The Santaland Diaries, of which he read while on the broadcast at NPR's radio. From there, Sedaris became a regular appearance on magazines such as Esquire, The New Yorker and Harper's.

The Barrel Fever and other Publications

In 1994, David Sedaris published his first work entitled The Barrel Fever. His work was not only well-received by the public but became a commercial success as well. He produced the sequel to the work with the release of Naked and Holidays on Ice both published the same year in 1997. His other works comprise of Dress Your Family in Corduroy and Denim which was published in 2004,  and 2010's Me Talk Pretty One Day, and Squirrel Seeks Chipmunk. The latter was targeted for children that is a collection of animal fables.