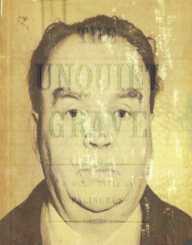 Born on September 10, 1903, Cyril Connolly was an English writer and literally critic. For almost a decade, he served as the editor of the prominent literary magazine, The Horizon. In 1938,  Cyril Connolly published Enemies of Promise, which was a combination of literally criticism and autobiography. It talks about how he failed in becoming a successful fiction author as Cyril Connolly aspired during his youth days.

Cyril Connolly was born on September 10, 1903, in Coventry to Major Matthew William Kemble Connolly and Muriel Maud Vernon. His father was an officer in the King’s Own Yorkshire Light Infantry.  Cyril Connolly received education at St Cyprian’s School, Eastbourne where he met Cecil Beaton and George Orwell.  Cyril Connolly won a scholarship to Eton where  Cyril Connolly faces some challenges in the first few terms with bullying from Godfrey Meynell. While there he got involved in politics and some romance, which  Cyril Connolly termed Enemies of promise. Being intellectually proficient, Cyril Connolly gained respect from the likes of Denis King-Farlow and Dadie Rylands and built around him a circle including Roger Mynors, Denis Dannreuther, and Bobbie Longden. Traveling with his father on a Holiday to France in Summer 1921,  Cyril Connolly gained much love for traveling.

Cyril Connolly built a friendship with AnthonyKebworth during his trip to Murren with his mother in winter of 1921. Being academically inclined, he won theRosebery History Prize in 1922and received the Brackenbury History scholarship to Balliol College, Oxford.  Cyril Connolly, last term in Eton, saw him being elected to Pop and this gained him contact with Teddy Jessel, Lord Dunglass, and Nico Davies.

Gaining interest in traveling, Cyril Connolly set on a tour to Germany, Austria, and Hungary before setting off to Oxford, Balliol. Unlike Eton where he was he was virtually confined, Oxford was far from that with free movement and other activities, which made him uncomfortable in the beginning. The Dean of Wadham, Maurice Bowra and Sligger Urquhart, the Dean of Balliol mentored him served as his intellectual mentors during his days there. Connolly growing interested for traveling deeply affected his academic works in Oxford and dropped in performance. He embarked on several travels some on his own and at times with other collegers to countries like Italy, Spain, Greece, and Tunisia among other places. In 1925, Connolly graduated from Balliol with a third class degree in history.

Cyril Connolly found it difficult to gain employment after his graduation; his extensive travels had also overburdened his family, and friends who sought to bill him out. Nonetheless, in the summer of 1925, he went to stay at "Sligger" Urquhart's chalet in the French Alps and continued with travels to Spain and Portugal in autumn that year.  Cyril Connolly found a job as a tutor of a boy in Jamaica, but later set off to the Caribbean in November 1925 and returned to England in April 1926. His first move back home was to enrol as a special constable in the General Strike, which ended before  Cyril Connolly even got actively involved. He then responded to an advertisement of Montague Summers to work as a secretary but was discouraged by his friends.

Cyril Connolly met the literary editor of New Statesman, Desmond MacCarthy, in August 1926. Desmond stayed in Big Chilling and would influence Connolly’s literary career as he gave him the opportunity write book reviews for the New Statesman. Still enthuse with traveling; he made a trip to Budapest and Eastern Europe and back to London. His employer, Pearsall, also traveled with him to Spain in the spring of 1927, where Connolly made a personal trip to North Africa and Italy.  In June 1927, Connolly’s first signed work, a review of Lawrence Sterne, for the New Statesman, was published.

Cyril Connolly was appointed as a regular reviewer and later became a staff member of the New Statesman in August 1927. During this time, Cyril Connolly reviewed Elizabeth Bowen’s The Hotel. That aside,  Cyril Connolly worked on other individual projects like Green Ending, a travel book on Spain, a diary and A Partial Guide to the Balkans but none saw the light.  Cyril Connolly also contributed to several other publications under his name and other pen names.

Cyril Connolly did several literally works, some of which never saw the light of the day. He worked onHumane Killer, The English Malady and The Rock Pool in 1934, but the latter was only that was published. The novel initially faced several rejections by publishers but finally got published by Jack Kahane in 1936, in Paris.  Cyril Connolly then came out with the non-fiction book, Enemies of Promise in 1938. Cyril Connolly came out with several other works including The Missing Diplomat, 1952, and Les Pavillons: French Pavilions of the Eighteenth Century. In 1962, with the support of Ian Fleming, wrote Bond Strikes Camp, which appeared in the London Magazine. The Shenval Press also published limited edition.

Cyril Connolly founded the literary magazine Horizon in 1940, with financial support from Peter Watson, who also served as a de facto art editor. Alongside Stephen Spender,  Cyril Connolly served as editor of Horizon until 1950 and Stephen in early 1941. Aside from that,  Cyril Connolly worked as the literary editor of The Observer from 1942 to 1943. Cyril Connolly came out with The Unquiet Grave under the penname Palinurus during the Second World War. He worked for Sunday Times as was joint chief book reviewer from 1952 until his death.

Cyril Connolly married three times, first to Jean Bakewell on April 5, 1930. Jean was also a travel enthusiast, and the couple enjoyed good travel life before settling atSanary, near Toulon, in France. The two had no children since Jean had undergone a gynecological operation in 1932. They divorced in 1939 and Connolly married his second wife Barbara Skelton in 1950. This marriage also ended in divorce and Connolly in 1959, married Deidre Craven. The two had two children. Cyril Connolly died on November 26, 1974, and was in Berwick Churchyard, Sussex. His papers and a personal library containing over 8,000have since his death been kept at the University of Tulsa.