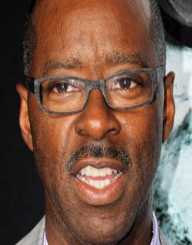 Courtney Bernard Vance was born on March 12, 1960, in Detroit, Michigan, U.S. He is a notable American actor and producer who has featured in several movies and television series. His best known roles are in the films ‘The Hunt for Red October’ and “Hamburger Hill.’ He has also appeared in television series including ‘Law & Order: Criminal Intent’ as Ron Carver and ‘The People v. O.J Simpson: American Crime Story’ as Johnnie Cochran.

He has also received the Primetime Emmy Award for Outstanding Lead Actor in a Limited Series or Movie.  He was awarded Tony Award for Best Featured Actor in a Play in 2013 for appearing in Lucky Guy. Vance has been active an actor since 1983 to date.

Courtney B. Vance was born to grocery Conroy Vance and Leslie Anita Daniels on March 12, 1960. He was born in Detroit, Michigan where his father worked as a grocery store manager and his mum as a librarian. He went to Detroit Country Day School as a teenager and proceeded to Harvard University. At Harvard, Vance proved his talent in acting while working at Boston Shakespeare Company. He graduated from Harvard University with a Bachelor of Arts degree. He attended Yale School of Drama and graduated in 1986 with a Master of Fine Arts degree.

After his graduation, Courtney B. Vance continued with his career in acting appearing in his first films like ‘Hamburger Hill,’ ‘The Last Supper,’ ‘The Hunt for Red October,’ ‘The Adventures of Huck Finn’ and ‘Dangerous Minds.’ In a more recent production, he appeared in ‘The Preacher’s Wife’ by Penny Marshall, ‘Space Cowboys’ by Clint Eastwood and ‘Cookie’s Fortune’ by Robert Altman. His first movie which he co-produced was the romantic comedy ‘Love and Action in Chicago’ in which he also starred. Vance also featured in the final series ER in 2008 and 2009 as the starring together with his wife.

Courtney B. Vance has been nominated three times for the Tony Awards (1987 and 1991) and won the 67th Tony Awards in 2013. He won the 1987 Clarence Derwent Award for featuring as Cory Maxson in the film ‘Fences.’

Courtney B. Vance is currently married to Angela Basset who was a fellow student at a college in 1980. The couple has two lovely children Slater Josiah Vance and Bronwyn Golden Vance. He and his family live in Los Angeles, and he is currently fifty eight years old. He was inducted into the Alumni Hall of Fame for Boys & Girls Clubs of America.