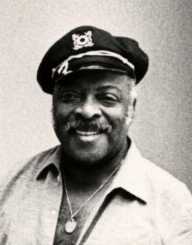 William James Count Basie was a coveted American jazz pianist and composer. Born on August 21, 1904, he was also an organist and bandleader. Growing up in a family with musical background, he learned how to play the piano from his mother. He started his career by joining several theatre groups for tours, where he primarily served as a soloist and accompanist. He played with Bennie Moten’s band from 1929 to 1935 when Morton died.  Count Basie the formed his own band Barons of Rhythm, which later became " Count Basie and His Barons of Rhythm." He would lead the group for about five decades.

Count Basie was born on August 21, 1904, in Red Bank, New Jersey to Harvey Lee, and Lillian Basie. His father was a coachman and caretaker of a judge and his mother a baker and launderer. Coming from a family with musical background, (his mother played the piano and his father a mellophone player), he also developed an interest in music at a young age. His mother first taught him how to play the piano. She later hired a piano instructor for him.

Basie dropped his education after junior high school and began spending time at the Palace Theatre in Red Bank. He earned free admission to performances as he helped in activities in the theatre. He later learned how to operate lights for vaudeville and create music for silent movies and the acts. As a guitarist, he started performing with drummer Sonny Greer at venues and minor events. Basie also played with pick-up groups for amateur shows, dances, and resorts including Harry Richardson's "Kings of Syncopation."

In 1920,  Basie moved to Harlem where he met his former playmate Sonny Greer who was at the time playing the drums for Duke Ellington’s Washingtonians band. He also met other musicians including James P. Johnson and Willie “the Lion” Smith. From 1925 to 1927, he also joined different theatre groups on tour. He joined the Hippity Hop’s show Kittie Krippen and Her Kiddies, the Theatre Owners Bookers Association vaudeville circuits, The Keith and the Columbia Burlesque.

He also served as a soloist and accompanist for the blues singer Katie Krippen and Gonzelle White. Traveling across places like Chicago, Kansas City, New Orleans, and St. Louis, he met several jazz musicians and the experience gained would be useful in his later career. During this time, he also met Fat Waller, who taught him how to play the organ. In 1928, Basie received an invitation to join the Walter Page’s Blue Devils based in Oklahoma, during which he became known as  Count Basie.

Time With The Bennie Moten’s Band

After a year with the Blue Devil’s, he became a pianist for a band led by Bennie Moten and based in Kansas City. Aside from playing the piano, he also served as a co-arranger with Eddie Durham. Moten was later voted out of the band for Basie to become its leader. As the bandleader, he changed the band’s name to "Count Basie and his Cherry Blossoms."The band was disbanded in 1930, after which Basie again joined a band formed by Moten. He played with the band until the death of Moten in 1935.

After the death of Moten, Basie formed the band Barons of Rhythm, with some former member of the Moten band including Jimmy Rushing (vocals), Freddie Green (guitar), Jo Jones (drums), Walter Page (bass), and Lester Young (tenor saxophone). The band performed for live radio broadcast and became regulars at the Reno Club. The band later had its name changed to " Basie and His Barons of Rhythm," in 1936. The band later moved from Kansas to Chicago, where they cemented their credentials and became very popular at the Grand Terrace Ballroom. The band became known for the use of two tenor saxophone players concurrently and its rhythm section.

Basie had his first recording session with the band under the name Jones-Smith Incorporated. The recordings, which were four sides, "Shoe Shine Boy," "Evening," "Boogie Woogie," and "Lady Be Good" was released on Vocalion Records in 1936. All this time he had signed unto Decca records but yet to record under them. He later recorded the four-record compilation album Boogie Woogie, 1941, under Columbia Records after Vocalion came under it. He came out with the live album Count Basie at Newport in 1957, which produced the hit and best-selling instrumentalApril in Paris, which was also the title song. He followed it with the hit double album, The Count Basie Story arranged by Frank Foster and featured Billy Eckstine, Quincy Jones, and the Count Basie Orchestra. The  Count Basie Story was released by Roulette Records and later by Capitol Records. He also collaborated with Duke Ellington to record first Time! The Count Meets the Duke in 1961 and recorded several other albums. Basie and his band also made some television appearances and recorded sessions for plays and films. He also appeared in several movies including Cinderella, 1960, Blazing Saddles,1974 and Last of the Blue Devils.

Count Basie married twice first to Vivian Lee Winn and divorced around 1935. He then married Catherine Morgan in July 1940 in the King County courthouse in Seattle, Washington. Catherine Basie died of a heart attack on April 11, 1983.  Count Basie died on April 26, 1984, at age 79 of pancreatic cancer in Hollywood, Florida.

Count Basie has received several awards and honors. He has won several Grammy Awards and has some of his recordings inducted into the Grammy Hall of Fame. He is a receiver of the Kennedy Center Honours, 1981, and awarded a star on the Hollywood Walk of Fame in 1982. This is an inductee of the Long Island Music Hall of Fame, 2007, NesushiErtegun Jazz Hall of Fame, 2005 and Down Beat Jazz Hall of Fame among several others.