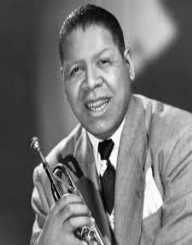 Henry Allen was an American vocalist and Jazz trumpet player born in 1908. His father was a great influence that led to Allen becoming a trumpet player. Allen played with many famous bands before he later formed his band. His band was featured in The Crawl in 1946.

Also, Allen and his team were featured in Get. These were among the earliest r&b songs at the time. He is best remembered for his passion for music. Allen never lost his enthusiasm and never declined as a musician. He toured several times to Europe and the United States. Sadly, pancreatic cancer cut short his life and he died in 1967.

Allen grew up in a home full of music from his father. Therefore, he also spent his childhood playing the ukulele, drums, alto horn, and violin. Later, he switched to trumpet.

Every once in a while, his father gave him the chance to march with his band. These were some of the moments Allen would always look forward to. It made him so proud of himself.

In 1924, Allen began playing professionally. He was a member of the Excelsior Brass Band. Also, he played with the jazz dance bands of John Casimir, Sam organ, and George Lewis. Later, in 1927, Allen joined King Oliver’s band in Chicago.

By that time, he had already recorded with Clarence Williams’s band. He returned to New Orleans for a brief period where he played with Fats Pichon and Fate Marable bands. He then went to New York City and became a member of the Luis Russel band.

From 1931, he produced many recordings along with Don Redman. Later, he joined the orchestra of Fletcher Henderson from 1933 to 1934.

In the same year, 1957, he played with Mills Blue Rhythm Band owned by Lucky Millinder till 1937.

He was among the Sound Of Jazz stars. Additionally, in 1958 he appeared in many episodes of the Jazz Party of Art Ford.

As a member of Kid Ory’s band, Allen together with the band toured Europe. He was only 51 years old at the time. During the tour,  Henry Allen fell in love with England. He would later make several trips there in the 1960s.

Henry Allen was married to Pearly May and together had a son Henry Allen III.

Towards the end of 1966, Allen was diagnosed with pancreatic cancer. At the age of 59, Allen took his last breath in New York City. This was on April 17, 1967. He was survived by his wife and son.