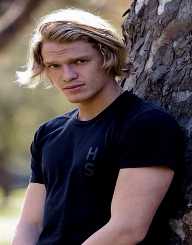 Cody Simpson was born on January 11th, 1997. His place of birth was in Gold Coast, Queensland in Australia. He is famous for being an Australian singer, dancer, and a songwriter. Simpson has previously signed a contract with Atlantic Records, a US record label. He is also the owner of his record label namedCoast House Record.

Born on January 11th, 1997, Cody Simpson quickly rose to stardom while he was still in his teens. His mother’s name is Angie while his father is called Brad. He is the firstborn son to his parents and has two younger brothers namely Alli and Tom. Simpson has also tried out his luck in swimming and has successfully bagged home two gold medals while competing at the Queensland Swimming Championships. In 2009, Simpson made use of YouTube to record and publish songs on his page. During this time, he performed famous songs such as "Señorita" done by Justin Timberlake, "I'm Yours" done by Jason Mraz and "I Want You Back" done by The Jackson 5. These songs brought a large following to his side including Shawn Campbell who discovered him on YouTube.

After posting some videos on his YouTube page, Cody Simpson was surprised at the call that he received from Shawn Campbell. Campbell had been astonished by the young and talented Simpson who was only 12 years old at that time. The call from Campbell came as a surprise to even Simpson’s parents and that they thought he was swindling them. After realizing that the deal was true, they considered this was a lifetime opportunity for Simpson to pursue his career as a musician. Simpson was different. Regardless of the fact that he was 12 years old when auditioning for the first time, he had a sense of maturity in him. The following year, his family migrated to Los Angeles where Simpson would concentrate on making his dreams into reality.

Within a short period, Simpson’s debut album was released. This album was called 4 U. The album became an immediate hit featuring hit singles like "iYiYi." In this single, he featured the famous rapper, Flo Rida.

Apart from earning fame through singing, Cody Simpson has also earned some followers through his acting. In 2011, he made his on-screen debut with So Random!as a performer. He also appeared in PrankStars and Extreme Makeover: Home Edition during the same year. In 2012, he played the lead role in Finding Cody. During the same period, he featured in other TV shows such as Punk'd, Figure It Out and Cupcake Wars. Other on-screen appearances that he has made are Ridiculousness – 2013, Instant Mom – 2014 and Cougar Town – 2015.

Rumor has it that Cody Simpson has had several girlfriends. He was formerly in a relationship that lasted for two years with Joanne Heraghty. This occurred when he was still in Australia. He has also been romantically involved with Gigi Hadid. The two had been in the dating game since 2013, and their relationship came to an end in 2015.