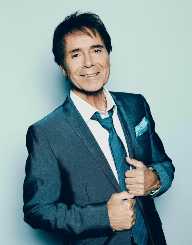 Cliff Richard is a British rock N roll musician who got worldwide acclaim for his 1958 song Move It.

Cliff Richard was born on 14 October 1940 in Lucknow in India. His father Rodger Oscar Webb worked with the Indian Railways when India was still a British colony. At his birth, he was named Harry Rodger Webb. Richard was the only son in a family of four siblings.

In 1948, Richard returned back to England with his family. They settled in Carshalton. He went to a local government primary school. He stayed at Stanley Park Juniors School for one year. In 1949, the family moved again to Hertfordshire. Richard transferred to the Kings Road Junior Infants School. After his primary education, he joined the Chestnut Secondary School. He graduated from the school in 1957. He got a clerical job at the Atlas Lamps company.

Richard got his first guitar soon after his graduation from secondary school in 1957. His father noticed his interest in music especially the skiffle genre. Richard formed a musical band called The Quintones. He then moved to the Dick Teague Skiffle Group.

In 1958, Richard moved to another band called Drifters. He then changed his name from Harry Webb to Cliff Richard. In the same year, Richard released a single Schoolboy Crush-Move. The single rose to the second spot on the British musical billboards. He produced another song High-Class Baby the end of the year. At the beginning of 1959, Richard released the song Livin’ Lovin’ Doll. Richard became a local rising star celebrity.

In 1959, he tried his hand in the movie industry. Richard had a minor role in the film Serious Change. Two years later in 1961, he appeared in another film The Young Ones. Richard gained fame in his acting role.

He returned to singing in 1965; with the single Oh My Word. The single rose to the top of the British charts like its predecessor. Richard delayed for two years in releasing his next song. In 1967, he recorded then single The Day I Met Marie. He got another film role in the production Tw a Penny. In the James Collier directed film, Richard played the part of Jamie Hopkins.

In 1968, Drifters which had rebranded to The Shadows disbanded. Richard launched a solo career for a while. He continued performing at various concerts in the UK. In 1973, the Shadows band reunited and started performing again. He starred in the film Take Me High. In 1976, Richard released his single I’m Nearly Famous. This song got international recognition. Richard broke into the European and American musical charts.

In 1979 he did another single which was well received. The song We Don’t Talk Anymore cemented his reputation as a prolific singer in the backdrop of the Beatles. He did a collaboration in 1980 which did not get much attention. Six years later, he did another duet with Sarah Brightman. The song All I Ask of You received well accolades from the music revelers in Britain. Richard continued releasing songs during the 1990s. Like most of his previous songs, his releases were well received on the British music charts.

In 2001, Richard released two albums Wanted and Cliff at Christmas. Richard had a show with The Shadows in London. He then went out of the limelight until 2007. Richard produced the album Love The Album. In this album, he did a compilation of his hit songs. In 2008, while celebrating his 50 years in the industry, Richard released a set of eight CDs. They served as an album titled And They Said It Wouldn’t Last.

After an impressive solo career, Richard recorded an album with The Shadows. It was their first album together in four decades. The album Reunited was well received. He continued his musical collaborations with other musicians. In 2011 he did an album Soulicious with an assorted group of American musicians. In recognition of his musical input, Richard performed in a concert near Buckingham Palace in June 2012.

Richard was recognized for his input in the world of British musical culture in 1995. On June 17, 1995, he received the Knight Bachelor medal from the British Queen.

He was again knighted by the Portuguese crown in 20016. He received the Commander of the Order of Prince Henry medal.

Cliff Richard lives a single life. He has no real commitment to marriage. He keeps in touch with his sisters. He supports charity organizations throughout Britain. Though he supports same-sex unions, he protested against the Swedish sex education film at the Trafalgar Square.