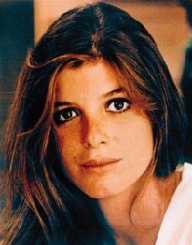 Claudine Longet was born on January 29th, in 1942. She is famed for being a French singer. Longet was unlucky as she was later charged in 1976 for manslaughter following the death of her boyfriend. Nonetheless, this was then changed to negligent homicide.

Claudine Longet was born Claudine Georgette Longet on January 29th, in 1942. She was born in Paris, France.

Claudine Longet made her first film appearance in 1963. During this time, she landed herself on a role with the comedy series dubbed McHale's Navy. Aside from this, she went ahead and featured in some TV roles including Twelve O'Clock High, The Name of the Game, Combat!, Hogan’s Heroes and The Rat Patrol.

Her breakthrough role in the TV industry came in 1966 after taking the lead role in Run for Your Life.

In 1966, Claudine Longet landed on a recording contract with A&M Records. This occurred after Herb Alpert, the co-founder of the recording company, was impressed with her “Meditation” performance. Two years later, she recorded “Meditation” with the recording company in the 1970s. She later joined Barnaby Records. Her first album with the company was We’ve Only Just Begun – 1971. The next year, she released Let’s Spend the Night Together. Longet’s singing career generally peaked up during the 1960s and in 1970s.

After breaking up with her first husband Williams, Claudine Longet entered into a relationship with Vladimir Sabich, a professional skier. Later, on March 21st, in 1976, investigations revealed that Sabich was found dead in his home. Longet admitted that she was holding a gun that killed her boyfriend. She later claimed that she was holding the gun as she was being taught how to fire a weapon. This reduced her charges from manslaughter to negligent homicide.

Claudine Longet has been married twice. Her first marriage was to Andy Williams was in 1961. This relationship came to an end in 1975. She married Ron Austin in 1985. She was blessed with three children in her first marriage to Williams.