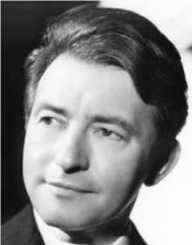 From the slums of London to the height of success on Broadway and in movie theaters, Claude Rains was as full of life as the characters he played in films and plays. Like the plot in one of his plays, besides, the path was not even close to straightforward.

Claude Rains was born on 10 November 1889 in the capital city of London, one of twelve children. His parents, both actors themselves, were unfortunately destitute and the young Rains suffered considerable hardship growing up - something he could later make use of in selling characters coming from similar backgrounds. To top it all off, he also had a mild speech defect, which could have stopped many people from pursuing acting as a career.

But not Rains. From a young age, due both to his parents’ work and to an interest in acting developed early on, Claude Rains steeped himself in theatre and watched wide-eyed the stories that unfolded across the stages of London. At the age of just ten, he appeared on stage for the first time, going on to serve in a variety of roles in theatres in London. Rains worked his way up the ladder consistently, going from helping with props to being the understudy and, eventually, to acting in increasingly more prominent plays. Things were looking up.

Then another opportunity beckoned. The promises and possibilities of the United States of America, especially in the early 20th century, found Claude Rains unable to resist. He crossed the Atlantic in 1913, but it was not to be. With the outbreak of the First World War a year later Rains returned to Britain to serve in the army. Like so many others in that miserable war Rains, employed fighting in France and Belgium was injured. Caught up in a gas attack he suffered near blindness in the right eye, and would live on with an impaired vision for the rest of his life.

Despite this Claude Rains made it out of the war alive, having reached the rank of Captain, and returned to England where he continued his career in theatre. Here he faced further problems - to advance as an actor, Rains was told, he would have to overcome both his speech defect and his accent, a Cockney slang from his childhood in the slums of London. Rains followed this advice to the letter - he took lessons and practiced speaking every day, leading to the development of the voice for which he was remembered, an accent his daughter described as like no one else’s.

Employing his new voice - a mixture of the American and Queen’s English with a hint of Cockley - Claude Rains continued to do plays, becoming a renowned theatre actor in London. Eventually, he managed to break into cinema.

Claude Rains' first role on the screen was to be a silent one, as he landed a role in 1920’s ‘Build Thy House,’ a silent film about a scammer who pretends to be someone else to inherit property. Before and after this he found roles (and popular acclaim) in plays across London, including one where he played the title character of Ulysses S. Grant, an American president. When he wasn’t acting, he taught young people how to act, and by all accounts became quite popular with his students, especially the girls (Rains was a good looking man).

While he’d returned to England after the War, Claude Rains never really forgot about the year he spent in the United States. So he went back. Sailing back to New York in 1927, he got into the Broadway scene and would act in almost twenty Broadway roles over his lifetime, including a role in George Bernard Shaw’s classic play ‘The Apple Cart.’ As he found success on stage, however, he kept the big screen in mind. In 1932 Rains, who had grown accustomed to life in America, did a screen test for a Universal Pictures movie. The screen test did not go well - it did, however, lead to something a lot better, with Rains cast the following year in ‘The Invisible Man.’ This would be the role which defined much of his career.

In ‘The Invisible Man,’ a science fiction film from the golden age of the genre, Claude Rains made use primarily of his voice to wow audiences and achieve general acclaim. The titular invisible man, played by Rains, is covered head to toe in bandages. Despite the physical limitations of the role Rains did well to bring the character to life, terrifying the rest of the film's characters and audiences alike. On the strength of the film and its reception, Rains had little trouble getting movie roles for the rest of his life.

Claude Rains had his peculiarities. ‘The Invisible Man,’ incidentally, was the only movie of his that he went to see, according to his daughter. Confident though he may have been as an actor, he didn’t like seeing himself as a giant specter on cinema screens. It was the joy of acting and the fascination of slipping into another person’s shoes which drew him to his career.

This joy for acting took him far. Rains became well respected by both audiences and his colleagues, and each performance built on the experience gained from the one before it. By the end of his life, when he passed away of illness in 1967 at the age of 77, he was happily composing his memoirs. By some accounts, he was still waiting on a new role in the week before his death.

Claude Rains was larger than life in all respects, not only in his various incarnations on the cinema screens. A short man, around 5’6 by most accounts, his character loomed over every production he took part in, and certain tics, like his way of raising the right eyebrow to make a point, became calling cards in his career. Over the course of a lifetime, he had no less than five wives. This character was palpable in his films, which was why he was so good at playing the villain. If there was some darkness in him, however, he was well loved. Ever courteous, enthusiastic and charming, Rains never stopped playing to the audience.