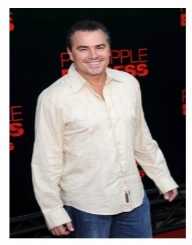 Christopher Knight was educated in the public school system in Los Angeles, and after the Brady Bunch finished in 1974, he enrolled at the University of California.  He studied for two years but left without obtaining a degree.

Edward Knight, a struggling actor, encouraged his son to act and took him to various auditions. From a young age, Knight appeared in television commercials and also had minor roles in television shows such as Gunsmoke (1968). He then was offered the role of Peter Brady in the television series The Brady Bunch (1969-1974).

After his successful run in The Brady Bunch, when the programme ended in 1974 Christopher Knight appeared on various television shows including The Love Boat. He also made a few films, and in 1988 he was in the television movie A Very Brady Christmas.

Christopher Knight retired from acting in 1988 and decided to pursue a career in technology. He worked for Martec, Inc. and in 1989 he joined New Image Industry. He co-founded Visual Software in 1991 and in 1995 he created Kidswise Learningware. He also worked for Adessa as well an iXMicro and Eskape Labs. As well as working in high tech, Knight has remained involved in the entertainment industry.

Christopher Knight was married to Julia Schulman between 1989 and 1992. His second wife was Toni Erickson whom he married in 1995 and divorced in 2000. He then married Adrianne Curry in 1995, and they remained married until 2013. In 2016 Knight married Cara Kokenes.