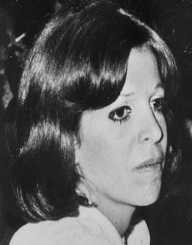 Born on December 11, 1950, in New York City, Christina Onassis was the daughter of Aristotle Socrates Onassis, the renowned shipping magnate who was one of the most accomplished business moguls in his days. She lived in homes in Antibes, Paris, and Skorpios – a Greek Island owned by her father. Her devotion to her father's business showcased her intelligence and business skills. She became a figure in shipping empire until the death of her father and brother when she eventually became the CEO of the family business.

Although Onassis might have been one of the wealthiest women of her time, her wealth couldn’t buy her the needed happiness – Her relatively brief life was full of tumult and pain. She died at the age of 37.

Christina Onassis was daughter and heiress to Aristotle Onassis, the Greek-Argentine shipping magnate, and Athina "Tina" Livanos. Christina and her elder brother Alexander had their education in Paris, Greece, and England, as a way of escaping the media spotlight on them after their parents’ divorce in 1960. The split up came after Aristotle’s affair with popular singer Maria Callas became public. After their breakup, Aristotle got married to John Kennedy's widow and erstwhile first lady, Jacqueline Kennedy.

Christina's relationship with Jacqueline was never cordial. And on her path, Athina soon got wedded to Aristotle's major business competitor, Stavros Niarchos in 1971. Besides being the rival of her divorced husband, Stavros was also the husband of Athina's late sister. This was Athina's third marriage.

Of course, Christina Onassis was a fitting definition of a child born with a golden spoon. Sadly, she didn’t get much attention from her wealthy parents; she got most of her training from her maids.

Although Christina Onassis proved to be a savvy businesswoman and recorded massive success in her father’s business, her personal life was a tragedy, personified. In 1973, Alexander, her only brother lost his life in a plane crash. This was a big shock to the family. In 1974, the next year, the sad news of her mother's death came in – She allegedly died from drug overdose. Now, like an annual event, Aristotle died in 1975.

Christina had lost her immediate family within a short span. She eventually found friendship in her stepmother, Jacqueline. Christina took over her father’s business and recorded impressive results. A portion of Aristotle’s estate was used to fund the Alexander Onassis Foundation.

As her family got more and more public attention, Christina Onassis' quest to create her own identity increased. In 1971, contrary to her father's wish to get married to Peter Goulandris, a rich young business man in the shipping industry, Christina, made the nuptial vows with 47-year-old Joseph Bolker, a young American builder, at the age of 20. Since the marriage went contrary to her father's wish, Aristotle cut off Christina’s trust fund.

Christina’s marriage to Joseph which lasted for nine months was the first of four marriages she entered into eventually. Her break up with Joseph gave her more time to attend to the demands of her father's business’s head office in Monaco where she proved her competence and business know-how as the secretary.

Christina, in 1984, wedded Thierry Roussel. Although this marriage produced her first and only child Athina, it soon broke up. This time, the breakup was triggered by Thierry’s infidelity – Rousell's mistress had borne him two kids even while he was married to Christina. Christina and Rousell’s marriage lasted for only a year.

Throughout the better part of her life, Christina Onassis battled with her weight and pill-popping and her failed marriages. Christina tried all she could to cut down her weight, but whenever she lost some remarkable weight, she was soon gaining them back. This led to depression. At 30, she was diagnosed with clinical depression and was on amphetamines, barbiturates and sleeping pills. Christina got addicted to these pills and usually had issues with overdosage.

Christina Onassis reportedly died of heart attack on November 19, 1988, at a friend's place in Argentina. At that time, Athina who was only three years became the only heir to their family empire, an entitlement which made her one of the wealthiest kids in the world. Athina grew up with her father Thierry and her stepmother.