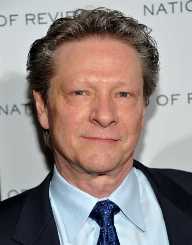 Chris Cooper was born on July 9th, in 1951. He is a celebrated American actor who earned high acclaim after featuring in the film dubbed Adaptation -2002. Due to his exceptional performance in the movie, he bagged home both a Golden Globe award as well as an Academy Award.

Christopher Walton Cooper was born on July 9th, in 1951. His place of birth was in Kansas City, Missouri. He was the son of Mary Ann and Charles Cooper. His father once served in the United States Air Force as a doctor. On the other hand, his mother was a homemaker.

Chris Cooper went for his high school education in a school that was located in Kansas City. Around this time, he took some time off to work in a local theatre. Later on, he went to the University of Missouri located in Columbia.

Here, he majored in theatre education. After completing his studies, he moved to New York City. Life was not easy as he had no form of employment. Therefore, to support himself Cooper renovated apartments.

Chris Cooper's acting career began around 1987 with his role in Matewan. His early performances, however, did not earn him recognition. Some of his early film roles include Guilty by Suspicion -1991, Thousand Pieces of Gold -1991, City of Hope -1991 and Pharaoh’s Army -1995. During the same year, in 1995, he featured in Money Train. His role in the film earned him recognition as compared to his previous works.

Another film that also brought him to the limelight was American Beauty -1999. His remarkable performance in the film earned him a spot in the nomination for Screen Actors Guild Award.

The following year, Chris Cooper featured in The Patriot. This film also garnered him a spot in the nomination for Screen Actors Guild Award and BAFTA Award.

Cooper’s career turning point came in 2002. During this year, he featured in the hit film Adaptation. As a result, he was credited with a Golden Globe Award as well as an Academy Award.

In 1983, Chris Cooper tied the knot with Marianne Leone Cooper. The couple has a daughter called Jesse.