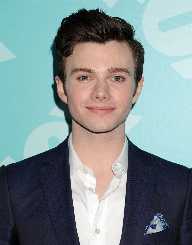 Christopher Paul Colfer was born on May 27, 1990, in Clovis, Fresno County in California. He is the first of the two children born to Karyn and Timothy Colfer. The other child is Hannah. He attended Clovis East High School.

Colfer had a tough childhood. His sister Hannah had epilepsy. The seizures she got left a profound fear in his mind. His health had a setback on his early life. Colfer was operated to rectify a swollen lymph node on his neck. The recuperation took a while. He spent several months in a hospital bed. He still has the scar from the operation. In middle school, he was always picked by bullies for his sexual orientation. He feared the bullying episodes and was homeschooled for two years.

To clear all these episodes from his mind, he joined the drama, debating and writer’s club in high school. Colfer was a gifted orator and represented his school in many competitions. He wrote and directed a play for his school in one of the competitions. Colfer headed the editorial team for the Clovis East High School.

Soon after high school, he joined a local theater group. His first performance was in the musical drama West Side Story. He next appeared in another musical The Sound Of Music. In 2008, he got his first lead role in the short comic film Russel Fish: The Sausage and Eggs Incident. He played the role of Russel Fish. Fish was a young lad who had to pass a physical entry test to Harvard University.

In 2009, Colfer got his first television series role. He played the role of Kurt Hummel in the series Glee. Hummel was a minor supporting role in the script. After the initial act, the role was elongated to give Hummel a more viable character in the film series. Colfer fitted in the Hummel character easily. He was almost enacting his childhood. Hummel was a gay character who was always bullied in school. He was hated for being a member of a school outfit called the Glee Club. Colfer became an acting celebrity.

While writing the children books, Colfer got roles in films. He was in the 2011 comic film Struck by Lighting. The following year he featured in the film 8. In 2016, he played a leading role in the film Absolutely Famous: The Movie. Colfer has done several other film acting roles.

Since his entry into the acting industry, Colfer has been nominated in over twenty different occasions. He has eight awards to his name. Four of the eight are from his role in the television series Glee.

Colfer is a self-declared gay. He spends most of his philanthropic funds to help gay organizations in the US. He has partnered with the Sir Elton John Aids Foundation.

He is also an active advocate for the exposure of little children to literacy material. He has been raising funds for the HP Alliance.

On politics, Colfer is a Democratic Party sympathizer. He donated cash to Hillary Clinton’s presidential campaign in 2015.

Despite his tough childhood, Colfer has managed to help children through his books and partnership with children organizations.