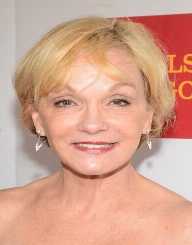 Cathy Rigby had become interested in gymnastics from an early age. Throughout her childhood and teenage years, she practiced, honing her skills. Eventually, she entered in the 1968 Summer Olympics.

She was a member of the United States women’s gymnastics team. Even though this was her first time at the Olympics and she was only fifteen years old, she entered into six different events: The Women’s Individual All-Round, Team All-Round, Floor Exercise, House Vault, Uneven Bars, and Balance Beam. While she did not earn any medals, she did rank in sixth place in the Women’s Team All-Round.

Cathy Rigby returned to the Summer Olympics in 1972 on the United State’s women’s gymnastics team. Once again, she entered into the same six events that she had in her previous time at the Olympics. She did better in this year, but she still did not earn any medals. Her highest ranking was in fourth place for the Women’s Team All-Round.

After her time in the 1972 Summer Olympics, Cathy Rigby retired from gymnastics to pursue an acting career.

Cathy Rigby spent some years independently studying singing and acting before finally performing in her first major on-stage production in 1981. Some of her early plays from around this time include The Wizard of Oz, and Annie Get Your Gun.

During the 1990’s, Cathy Rigby started to perform on Broadway, with her first appearance in 1990 when she played Peter Pan in Peter Pan. She went on to go on tour for this play twice in the 1990’s.

As of the 2010’s, Cathy Rigby continues to act on the stage. In 2011, she went on another tour of Peter Pan. Her most recent stage-acting endeavor was in 2017 when she voiced the narrator of Kris Kringle The Musical.

Cathy Rigby’s television acting career did anything but improve during the 1980’s, in part because she was more focused on her theater acting career during this time. During this decade, she only appeared on three episodes of three separate television shows/made-for-television movies: CHiPs, Challenge of a Lifetime, and ABC Afterschool Specials.

In the 1990’s and 2000’s, Cathy Rigby only acted in one television show (Ghostwriter), one made-for-television movie (Perfect Body), and one television special (Peter Pan). Her most recent acting role was in the film McKenna Shoots for the Stars in which she played the character, Isabelle Manning. The film was released in 2012.

Cathy Rigby was inducted into the International Gymnastics Hall of Fame in 1997.

The League of American Theatres and Producers honored Rigby with the Distinguished Lifetime Service Award in 2004.