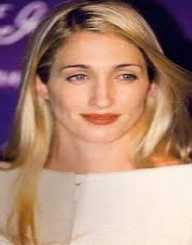 Carolyn Jeanne Bessette-Kennedy was a fashionista and wife of John F. Kennedy Jr. son of President John and Kennedy. Born on January 7, 1966, she was also a publicist of Calvin Klein. Bessette-Kennedy earned media attention especially on her sense of fashion after her marriage. She died alongside her husband and older sister Lauren in a plane crash off the coast of Martha’s Vineyard in 1999.

Carolyn Jeanne Bessette was born on January 7, 1966, in White Plains in New York. She was the youngest child of Ann Messina and William J. Bessette. Her father was a cabinetmaker and her mother an academic administrator at the public school system of New York City. She was the younger sister of twins Lauren and Lisa.

After her parents divorced, her mother married an orthopaedic surgeon, Richard Freeman. They moved to Old Greenwich, Connecticut. Bessette received education from Juniper Hill Elementary School and continued at the Greenwich High School but later transferred to St. Mary’s High School where she graduated in 1983. She then enrolled at Boston University School of Education. While there, she tried to launch a modelling career but was not successful.

After graduating from college, Carolyn Bessette-Kennedy worked for the famous American fashion house Calvin Klein Ltd. She worked there until her marriage to John F. Kennedy Jr. She started her career there as a salesperson in Chestnut Hill Mall, Boston. With her impressive performance, Susan Sokol who was a travelling sales coordinator for Calvin Klein recommended her for a position of dealing with high-profile clients of the company. She later became the director of publicity of company’s store in Manhattan. She left the company in 1996, after becoming engaged to Kennedy.

Carolyn Bessette-Kennedy dated John Cullen (future NHL hockey player), while at the Boston University of Education.she also dated a model of Calvin Klein, Michael Bergin while working with the company. Bessette first met John F. Kennedy Jr. in 1992, and the two began dating two years later. The two since became a target for the paparazzi, who wrote extensively about their daily activities.

They engaged in 1995 and followed it with a wedding on September 21, 1996. The ceremony was held at Georgia Island, Cumberland at the First African Baptist Church. They honeymooned in Turkey. The media coverage of the couple heightened after their marriage.

Carolyn Bessette-Kennedy found the high number of paparazzi always following her and intruding into her personal life as unbearable. With this Kennedy once commented, "Getting married is a big adjustment for us, and a private citizen like Carolyn even more so. I ask you to give her all the privacy and room you can." Her sense of fashion termed as minimalist "throwaway chic" was also compared to her mother-in-law former First Lady Jacqueline Kennedy Onassis.

In her bid to live a more private life, she turned down invites to appear in fashion magazines and granting interviews. According to reports after their death, the couple were on the verge of divorce and faced several marital problems, especially with Bessette refusing to start a family. Bessette-Kennedy was also alleged to be using cocaine, suspicious of her husband having an affair and had issues with her sister-in-law Caroline Kennedy. To safeguard their marriage, the couple began seeing a marriage counsellor in March 1999. Cardinal John O’Connor also counselled them during this period.

Carolyn Bessette-Kennedy, her husband and older sister Lauren died in a plane crash on July 16, 1999. The plane, which John Kennedy was piloting, crashed into the Atlantic Ocean off the western coast of Martha’s Vineyard. According to the National Transportation Safety Board, the cause of the crash was"The pilot's failure to maintain control of the aeroplane during a descent over water at night, which was a result of spatial disorientation. Factors in the accident were haze and the dark night."

Navy divers recovered their bodies after five days of search on July 21. The bodies were cremated in the Mayflower Cemetery crematorium. The following day, their ashes were scattered off the coast of Martha's Vineyard aboard the Navy ship USS Briscoe.