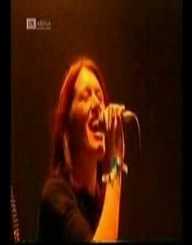 Briana Corrigan is best remembered as the first female to perform in ‘The Beautiful South (1988-1992).

Briana Corrigan was born on May 30, 1965, in Northern Ireland. During her early life, she lived in Portstewart, County Londonderry. As a child, she identified herself with Abba and Undertones music. When she was 18 years, she moved to Newcastle, England to study Bachelor of Arts in creative and performed arts. It was while she was there that she commenced her music career with ‘The Anthill Runaways’.

Briana Corrigan sought a solo career after performing three albums with the band. She left the band in 1992. It was during this time with the band, that they produced the fastest selling albums in music history ‘Carry on up the Charts’. She had a great passion for composing music and disliked the ethical controversies in Heaton’s Lyrics. For example, the ‘36D’ song criticized the British peasants and their employers.

Briana Corrigan left the band and rejoined with Mike Hedges and they produced a solo ‘When my arms wrap you round’ (1996). Mike Hedges was a music producer who aided in the production of the initial two TBS albums.  Later, Corrigan produced some other work ‘Love me now’ which peaked at no: 48 in UK singles chart.

Before the release of the album, Briana Corrigan moved to Dublin in the republic of Ireland. While she was there she recorded an album together with Dave Couse. Although this particular work was not released, there is solid evidence of them recording some solo works later. As part of Lokomotive and Dublin music, she recorded some singles using an independent label. She opted out of the music industry to pursue a degree at Queens University, Belfast which focused on creative writing.

Briana Corrigan was faced with daunting times trying to balance between raising her young family, acting and her writing career. In 2006, she featured in ‘Mum’s the word’ a hit that was highly recommended by the Stage magazine. She resumed studio in 2006 and recorded a new album. This album was called ‘Redbird’ released on her personal label ‘Redbird and anchor records’.