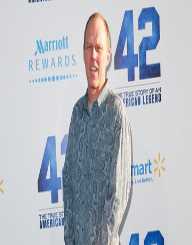 Brian Helgeland was born on January 17th, 1961. His place of birth was in Rhode Island. He is the son of Thomas Helgeland and Aud-Karin both born Norwegian-born.

Brian Helgeland attended the University of Massachusetts Dartmouth where he specialized in English. He had a great passion for movies which made him consider filming as his career. He then tried for an admission at Loyola Marymount University situated in Los Angeles. Fortunately, he succeeded and enrolled in the University.

Brian Helgeland began his career as a screenwriter in 1986. Among his first films was Nightmare on Elm Street 4. This was followed by Highway to Hell and many others. Both were horror films.

Later in 1997, he shifted his focus from horror to thriller. During this time he developed L.A. Confidential along with director Curtis Hanson. The film was quite a hit hence took Brian to the greatest heights of his career. He was then nominated to the Golden Globes and BAFA which became his first nominations. The film also was nominated best in Oscar awards for the category of Best Screenplay.

He also wrote other scripts in 1997 including Conspiracy Theory. Kevin Costner, Julia Roberts, and Mel Gibson starred in the film. The film was also a success but not as successful as L.A. Confidential.

In 1999, Brian Helgeland decided to venture into a different role in his film career. He chose to be a director and once again worked with Mel Gibson. Together they worked on the script of Payback.

In 2001, he developed A Knight's Tale. This was an adventure and action movie. Later in 2003, he developed The Order along with Heath Ledger. The film was a thriller, and Brian assumed all the roles of writing, directing and producing it.

Brian Helgeland assisted in the development of The Bourne Supremacy in 2004. Later in 2008, he resumed the role of screenwriter Tom Stoppard in the film Green Zone. He then developed The Taking of Pelham 123 which premiered in June 2009. He was later among the writers of Game of Thrones.