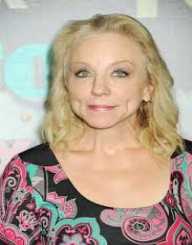 Brett Butler was born on January 30, 1958. She is an American actress and comedian. She is also a writer. She is popularly known for her role in the series ‘Grace Under Fire.’ She is currently sixty years old.

Brett Anderson Butler was born on January 30, 1958, in Montgomery in Alabama in the United States of America. She was brought up alongside four siblings. She began her career as a stand-up comedian. But before she ventured into comedy, she worked as a cocktail waitress.

In 1987, Brett Butler made her acting debut when she appeared on Dolly Parton’s series titled ‘Dolly.’ Later on, she was made a writer for what remained of the series since it was cancelled after the first season. In 1996, she published her memoirs ‘Knee Deep in Paradise’. She later got a role to act in the series ‘Grace Under Fire’ in 1993. In 1998, she was dismissed from the show due to her substance abuse problems. ABC later cancelled the series.

After ‘Grace Under Fire’ was cancelled she moved to a farm in Georgia where she enjoyed the company of fifteen pets. In 2008, she appeared on the media and explained all the trouble she had to undergo managing depression and reasons for her substance abuse.

Brett Butler also expressed her intention to write another book. In 2011, she appeared on ‘The Rosie Show.’ Brett cleared the air by stating that she has maintained soberness since 1998. In 2012, she got a role in the soap opera ‘The Young and the Restless.’

She appeared as Tim Red’s girlfriend.  She also appeared in ‘Anger Management’ alongside Charlie Sheen.

Brett Butler has appeared in films such as ‘The Child Ain’t Right,’ ‘Bruno,’ ‘Moochers,’ ‘The Comedian,’ ‘Anchor Baby,’ ‘Friday’s Child,’ ‘Beach Cougar Gigolo,’ ‘Militia, and ‘Vampire Bats’ among others.

The televisions shows that she appeared in include ‘Women of the House’, ‘Ellen’, ‘My Name is Earl’, ‘The Larry Sanders Show’, ‘The Drew Carrey Show’, ‘The Leftovers’, ‘How to Get Away with Murder’ and ‘The Walking Dead’ among others.

Her acting career has not been the same since she left for Georgia, but she has been doing stand up comedy to get money to sustain herself at the Downtown Comedy Club located in Los Angeles, California.

Brett Butler is currently sixty years old. Brett is working a career comeback, but it is taking too long. Nothing much is known about her family or personal life.