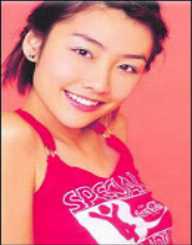 The former actress, model and singer Bobo Chan was born in Hong Kong on the 18 September 1979.

Bobo Chan was involved in the Edison Chen scandal, and this had a detrimental effect on her career. Popular Hong Kong actor, musician and fashion designer Chen took his personal computer to be fixed, and someone accessed 1,300 own and explicit photographs. He believes that he had safely deleted the images. The pictures were sold and went viral. Chan was caught up in the scandal because there were photographs of her with Chen in a compromising situation. She lost endorsements, her fiance, and her career.

After the scandal, Bobo Chan withdrew from public life and refused all interviews. She runs her own successful business, a crystal gem shop, Crystal Jamming.