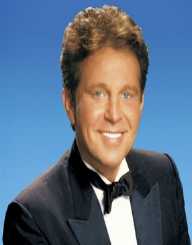 Bobby Vinton has been described, by a majority of his fans, as a pop musician with angelic vocals in love songs. Stanley Robert “Bobby” Vinton, an American singer and songwriter, sang spectacular love songs mostly appealing to young fans in their teens before changing his style later in his career to appeal even to the adult audience.

Having done 30 top 40 songs as well as his 24 albums making the Billboard top 200 in the 1960s and 1970s, Bobby is, indeed, one of America’s most celebrated pop artists. His roots can, however, be traced back to Poland and Lithuania, and this explains why he is also famous as “The Polish Prince of Poch,” more so because even his music pays tribute to his heritage as a Polish.

Stanley Robert “Bobby” Vinton was born on 16th April 1935 at Canonsburg, Pennsylvania to Stan Vinton, a locally famous bandleader, and his wife, Dorothy Studzinski Vinton. Bobby Vinton was the first and only child his parents had.He developed an interest in music early in life with his parents strongly encouraging him. For instance, after he had practiced the clarinet, his parents offered him a 25 cent daily allowance.

In a band he had formed in high school, he played both the clarinet and the trumpet. Vinton formed his first band at 16 years of age. The band played mainly in clubs around Pittsburg area.

After completing high school, Bobby Vinton became a university student at Duquesne University and used his earnings from the band to help finance his studies. While in the University, Bobby Vinton successfully learned how to play more instruments including saxophone, piano, and oboe.

Bobby Vinton finally graduated with a degree in Music composition after which he joined the United States Army where he served for two good years as a chaplain’s assistant. During this time, he also played trumpet in the military camp.

Bobby Vinton started singing in high school and was highly encouraged by other members of his school music group. After the completion of his two years service at the United States Army in 1960, he was signed to Epic Records as a bandleader. Here, he was popularly described as “A Young Man with a Big Band.”He was, however, not so successful with his first two albums and several singles failing to yield the much-expected fruits.

Bobby Vinton was almost being kicked out when he finally found his first hit single titled, Roses are Red (My Love). He promoted this song, and eventually, the song became even more popular and stayed at the number one spot on the Billboard Hot 100.During these early times, he was managed by Allen Klein who later managed The Beatles and The Rolling Stones.

In 1963, he produced yet another hit song “Blue Velvet “that also went to number one. This was, however, a version of Tony Bennett’s minor hit song done earlier in 1955. It also became number two in the UK Singles Chart in 1990 and was featured in a Nivea commercial. Bobby Vinton then produced two hit songs including the famous “Mr. Lonely” both which stood at number one in9164. He had written Mr. Lonely earlier in the 1950s during his service in the US Army. Despite all these achievements, Epic Records, believing that Bobby’s days of selling records were over, still terminated his contract. Bobby, however, was never discouraged. He produced “My Melody of Love,” a song suggested by his mother, spending 50,000 USD of his money.

Bobby Vinton tried in vain to work with six major labels before getting a contract with ABC Records where he produced a malty-million-selling-single along with other top-rated songs. Apart from singing and songwriting, Bobby Vinton also played some acting roles. He appeared seven times as an actor starting with “The Beach Party Movie” in 1964.

Bobby Vinton was referred to as “The all-time most successful love singer of the Rock-Era” by the Billboard Magazine. He had a lot more Billboard number one hits than any other male artist between 1962 and 1972.

Bobby Vinton also has a star on the Hollywood Walk of Fame in recognition of his recording career.

On 17th December 1962, married his wife, Dolores “Dolly” Dobbins. They lived in Englewood, Florida and had been blessed with five children namely Robert, Jenifer (later had her name changed to Hanna after getting married), Christopher, Kristin, and Rebecca.

Bobby Vinton remained an active performer during the 1980s long after his peers and fellow stars had faded from the scene. During this time, he was no longer a teen idol, though he retained the loyalty of his former teen fans who have since become adults.

Bobby Vinton performed in Las Vegas, oldies concerts among other venues. He remained active until the 2010s.