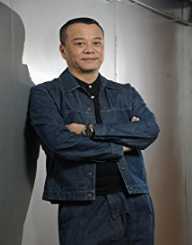 Bobby Au-Yeung is a famous television personality. He had appeared on numerous TVB shows mainly in comedy roles. His most popular role is that of Ben Yu in the legal drama Files of Justice. Bobby Au-Yeung first appeared on the TV screen in the year 1982, and his career has spanned over three decades –often appearing in the lead role in shows like Armed Reaction and Forensic Heroes. Bobby Au-Yeung has also appeared in the TV show Witness to a Rebellion. Yeung is a Hong Kong-based actor.

Bobby Au-Yeung also was known as TsanWah was born on July 28, 1960. His birth name is Au-Yeung Yiu-Tsuen. His star sign is Leo. He was born in Hong Kong and has ancestry from Xinhui, Guangdong, China. Not much is known about Bobby Au-Yeung early life except that he always liked acting and was very active in it right from the beginning.

Bobby Au-Yeung was trained in acting at the TVB’s Artiste Training Academy from where he passed in 1982.

Soon after leaving the academy, Bobby Au-Yeung found himself an acting role in the TV show Fool’s Paradise in 1982. Bobby Au-Yeung appeared in several other shows in the same year, getting minor roles in each one of them. For the next few years, he was mainly cast as a minor supporting actor. Soon his talent was recognized. However, he was still cast in supporting roles. The big break came in 1991. Bobby Au-Yeung got an opportunity to work on the series File of Justice. His character Ben Yu was a lawyer. The series became very successful and ran for five seasons – giving Yeung enough deserved screen time and establishing him as a recognized talent.

Bobby Au-Yeung earned film roles starting with Hard Boiled and appeared in movies like Perfect Exchange, The Dying Run, The Eternal Evil of Asia, Snooper, and The Happiness of Family Reunion. His last movie appearance was in 2010 in the film A Revenue Story. Apart from the five seasons of File of Justice, Yeung has appeared in over sixty TV shows. Some notable mentions include Soldier of Fortune, The Smiling Proud Wanderer, Sword Stained with Royal Blood, The Battle among the Clans, Heir to the Throne is, Twilight of a Nation, Ode to Gallantry, A Recipe for the heart, Happy ever after, Armed Reaction, Witness to a prosecution, Marriage of Inconvenience, Fathers, and Sons, Men with no Shadows, and With or Without You. Bobby Au-Yeung currently stars as Po Foon in House of Spirits.

Bobby Au-Yeung has received several awards for his funny performances in the TV shows. In 1997, he won the TVB award for the Most Comedic Duo along with Esther Kwan. In 2000, he won the TVB awards for My favorite actor in a leading role and My top 10 favorite television characters. Bobby Au-Yeung won this award again in 2001, 2003and 2004.  He also earned a nomination for the best performance by an actor at the Emmy Awards in 2007.