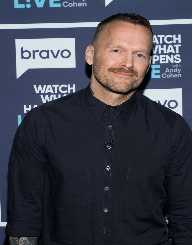 Bob Harper is a professional trainer and fitness coach most known for his show The Biggest Loser where obese people are trained to lose weight.

Bob Harper has also worked with celebrities such as Jeniffer Jason Leigh, and Ellen DeGeneres.

Bob Harper was born on August 18, 1965. His birthplace is Nashville, Tennessee. His star sign is Leo. Harper began taking an interest in physical fitness while in college and decided to become a fitness expert and coach.

Bob Harper moved to Los Angeles to begin working as a fitness instructor. Soon, he began to work with celebrities. One of her first clients was the actress Jennifer Jason Leigh. He then trained Ben Stiller and also added Ellen DeGeneres to his list of celebrity clients.

Changing Lives through The Biggest Loser

In 2004, a new TV show took America by storm. The Biggest Loser dealt with a problem Americans were finding hard to cope with – obesity. Bob Harper along with Jillian Michaels was a coach on the show that targeted super obese people and motivated them to lose weight while capturing their progress on TV.

Over the years, the show has transformed countless lives and led people to a healthier and leaner body and a fit lifestyle. Bob Harper is known for being gentle with his contestants and guiding them lovingly towards weight-loss. He has completed more than 15 seasons on the show and feels blessed to have the opportunity to change so many lives.

The show has made him a celebrity in America. In 2008, he published Are you Ready?: Take Charge, Lose Weight, Get in Shape and Change. The book was a best-seller, and Harper went on to release several more fitness books.

Bob Harper has also launched a nutritional supplements brand. In 2012, his book The Skinny Rules was released. A year later, he published Jumpstart to Skinny.

Bob Harper is also a yoga instructor and contributes exercise routines to the Shape magazine.

Bob Harper is a vegan. He turned to vegetarianism after reading the book Skinny Bitch. Harper practices transcendental meditation regularly and believes it helps him maintain his energy level to an optimum. He has also done cross-fit training in his youth and still practices it.

Bob Harper revealed this to help a contestant named Bobby Saleem who was having trouble telling his parents about his sexual orientation.  Harper owns a dog which he has named Karl. The dog is named after Karl Lagerfeld, a German director.

In February 2017, Bob Harper suffered a heart attack. He had to be in the hospital for eight days before being released. He has recovered well since and is back to training and teaching others how to lead a healthy life with his inside-out exercise technique.