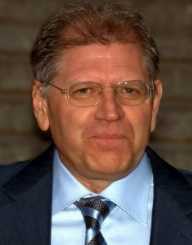 Bob Gale was born on May 25, 1951. He is an Oscar-nominated American Screenwriter. He is also a director and film producer. He co-wrote the science fiction film ‘Back to the Future’ with Robert Zemeckis. He also wrote the screenplays for the film’s two sequels. He also co-produced the three films. He also served as an associate producer on the subsequent animated Television series.

Bob Gale was born on May 25, 1951, in University City, Missouri, United States of America. He was born to Mark R. Gale who was an attorney and Maxine who was an art dealer and violinist. He was brought up alongside two siblings, Charlie Gale and Randy Gale. His brother Charlie Gale screen wrote the film ‘Ernest Scared Stupid.’  He attended a public High School. When he was a teenager, he created his comic book titled ‘The Green Vomit.’ He wrote the comic book using spirit duplication. He also co-founded a comic book club on St. Louis. Charlie and Bob also made his amateur three film series parody of the Republic Pictures ‘Commando Cody’ serials. They used the character ‘Commando Cus’. The last two of the film he completed with his friend Richard Rosenberg who is now late.

To start of his career, Bob Gale collaborated with Zemeckis to write films such as ‘Trespass,’ ‘I Wanna Hold Your Hand,’ ‘1941’ and Used Cars.’ In 1985, they were both nominated for an Academy Award in honour of their screenplay for ‘Back to the Future.’ In 2002, he released his first film as a director ‘Interstate 60: Episodes of the Road’. He also directed and wrote the theatrical release ‘Mr. Payback: An Interactive Movie’. He also helped in developing the arcade game ‘Tattoo Assassins.’ He wrote the novelization of his film with Zemeckis ‘1941’.

In 2014, Bob Gale announced the stage musical adaptation of ‘Back to the Future’ film was in production. The show was co-written by Robert Zemeckis and bob. Bob has also written comics such as Marvels Comics’ ‘Ant Man’s Big Christmas’ and DC Comics’ ‘Batman.’ In 2001 he collaborated with artists Phil Winslade, David Ross and David Mack in coming up with the issues #20-25 of Volume two of Marvels Comics’ ‘Daredevil.’

Bob Gale lives with his wife and their dog in Southern Carolina. He is a big fan on the St. Louis Cardinals. When he was a teenager, his father mentioned to him all the time that he was wasting time and many hours reading comics. He wrote comics to show his father that he was not spending time reading comics in his youth. He is famously and popularly known for the film ‘Back to the Future’ and its sequels. He is very creative and committed to what he does. He has achieved a lot in his career, but he is still on the verge of making his career more successful.