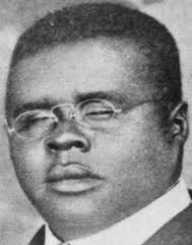 Lemon Henry ‘Blind Lemon’ Jefferson was born on September 24, 1893. He was an American singer, musician, and songwriter. He sang blues and gospel songs. He is known as the ‘Father of the Texas Blues.’ He was a famous blues singer in the 1920s. He died on December 19, 1929, at the age of thirty-six.

Lemon Henry ‘Blind Lemon’ Jefferson was born in September 24, 1893, in Texas in the United States of America. He was born blind. He was born to Alex and Clarissa Jefferson. Henry was brought up alongside seven siblings. His parents were sharecroppers.

Blind Lemon Jefferson began playing the guitar as a teenager. He performed in parties and picnics where he was welcomed to do so. He later started playing in East Texas towns in front of barbershops.

He also played on street corners. In 1910, he traveled to perform a lot in Dallas where he met blues musician Lead Belly with whom he started performing.

In the 1920s, he started making money from playing music to support his family. This is just an assumption that is being made because the status of his marital status has not been found and there is no evidence of him having had children.

Blind Lemon Jefferson became a successful guitarist and solo male vocalist in the commercial world in the 1920s and 1930s. In 1925, he traveled to Chicago, Illinois where he recorded his first ever track. Some of the songs he recorded were gospel songs such as ‘I Want to Be Like Jesus in My Heart’ and ‘All I Want is That Pure Religion.’

He later released the songs ‘Long Lonesome Blues’ and ‘Got the Blues’ which sold in large numbers. Between 1926 and 1939, it is recorded that he recorded and released about one hundred tracks.

Henry later signed a contract with Paramount Records who made and recorded his songs with the excellent quality than earlier. The money he earned during that time enabled him to buy a car and hire chauffeurs. Henry was readily marketable because of his unique sound.

Blind Lemon Jefferson had an impressive vocal range that gave a twist to the gospel and blues songs that he was singing. In 1927, he moved to Okeh Records where he recorded the songs ‘Black Snake Moan’ and ‘Matchbox Blues.’ In the same year, he recorded his hit song ‘See That My Grave is Kept Clean’ with Paramount Records. He also recorded the spiritual songs ‘He Arose from the Dead’ and ‘Where Shall I Be.’

Blind Lemon Jefferson passed away on December 19, 1929, of acute myocarditis in Chicago. His remains were buried at Wortham Negro Cemetery. In 1997, a granite headstone was erected on his grave with the inscription ‘Lord; it’s one kind favor I’ll ask of you, see that my grave is kept clean.’ In 2007, the name of the cemetery where he was buried was changed to Blind Lemon Memorial Cemetery. His grave site is regularly kept clean by a Wortham Cemetery Committee.