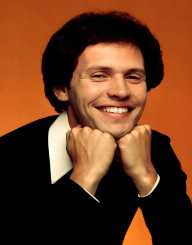 American actor, writer, and comedian Billy Crystal was born on the 14th March 1948 in Long Beach, Long, Island NY to Jack Crystal and Helen Gabler. He has two siblings, Joel and Richards. His father Jack Crystal was concert promoter and was involved in the music business. Crystal, Sr. died when his son was fifteen.

Growing up, Billy Crystal enjoyed sitcoms and became interested in doing stand-up comedy. He was also a keen baseball player and was encouraged by his father who had been a pitcher during his university years.

Billy Crystal was a pupil at Long Beach High School, graduating in 1965. At school, he played baseball and won a baseball scholarship to Marshall University. The program was suspended shortly after Crystal started his first year and he consequently left Marshall University and studied drama at Nassau Community College, Garden City, NY. Billy Crystal then won a place at New York University, graduating with a fine arts degree in film and television direction in 1970. One of his professors at NYU was Martin Scorsese.

After graduation, Billy Crystal worked sporadically as a teacher at the same time looking for work in the entertainment industry, mainly as a stand-up comic. In 1976, he moved to Hollywood. Crystal auditioned for the role of Jack Tripper in Three’s Company, but John Ritter won the position. He was offered the part of Jodie Dallas in the ABC sitcom Soap (1977). The character was a gay man and one of the first leading roles attributed to a gay person on American television. Soap was a success and Crystal started making a name for himself in Hollywood. After Soap had wrapped up in the early 1980s, Crystal returned to doing comedy routines. He also began appearing on television including his show The Billy Crystal Comedy Hour (1982). His reputation was further enhanced by regular appearances on Saturday Night Life.

In 2001 Crystal was the executive producer and director of 61* a film about two baseball players attempting to break the record of the legendary Babe Ruth. The film won twelve Emmy Awards nominations.

In 2004 Billy Crystal produced a one-man autobiographical show, 700 Sundays, which is a moving tribute to the Sundays he had shared with his father Jack before he died aged 54 when Crystal was fifteen years old. Crystal also wrote a book entitled 700 Sundays which was published in 2005. At the same time, he produced two CDs. One was Billy Crystal Presents: The Milt Gabler Story containing selected highlights of his uncle’s famous recording artists and the other Billy Remembers Billie, a selection of Billie Holiday songs Crystal loves. When a revival 54-performance of 700 Sundays took place at the Imperial Theatre in 2013, the show was filmed by HBO and aired on the network in April 2014.

Billy Crystal hosted the Oscars sometimes between 1990 and 2012, winning two Emmy Awards for the 63rd Academy Awards (organizing and writing) and another Emmy for writing the 64th Academy Awards.

In June 1991 he was given a star on the Hollywood Walk of Fame.

The Kennedy Center awarded him the Mark Twain Prize for American Humor in 2007.

The New York Yankees gave him a 60th birthday gift in 2008 when they signed him to a one-day minor league contract. Crystal played with the Yankees against the Pittsburgh Pirates on the 13 March 2008.

Crystal also won a PrimeTime Emmy Award in 2014 for Outstanding Writing for a Variety Special for 700 Sundays (2014). He shared this award with Alan Zweibel.

Billy Crystal and Janice Goldfinger were married in 1970. The couple has two daughters.

Crystal’s uncle was Milton Gabler who founded Commodore Records and was later a director of Decca Records.

In 2004 he authored a children’s book dedicated to his granddaughter: I Already Know I Love You

Billy Crystal was brought up in the Jewish faith.