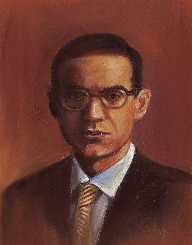 Bill Evans was born on August 16th, 1929. He earned his fame for being a brilliant jazz pianist. During his youth years, he got his first piano training from his mother. He later went on to school in Southeastern Louisiana University before joining Mannes School of Music. At the school of music, his area of focus was in composition. He migrated to the New York City in 1955 and collaborated with George Russell, a bandleader. Three years later, he joined a group of six members headed by Miles Davis. The band group recorded Kind of Blue which was released in 1959. This album went on to become a commercial success while being given credits for leading best selling jazz album ever.

Bill Evans was born on August 16th, 1929. His place of birth was in Plainfield, New Jersey. His parents were Mary and Harry Evans. Evans faced a difficult time when he was young as his father was an alcohol addict. Aside from this, he practiced gambling and frequently abused Evans’s mother. Evans had an elder brother named Harry.

Evans began his piano lessons when he was only six years old. Together with his brother, Harry, they took piano lessons from Helen Leland. When he was aged 7, he took lessons for other musical instruments including violin, piccolo, and flute. These instruments would later have a profound impact on his expertise on the keyboard. With the experience that he had gained by the time he was 13 years old, Evans had the confidence to play in big events such as weddings. His pay rate was only $1 for an hour of play at this period.

After completing his studies at Southeastern Louisiana University in 1950, Bill Evans continued with his performances in different concerts. Around this period, he also worked with one of the bands headed by Herbie Field. He went on a tour with them before later receiving a draft notice to join the army. He served in the army for three years. After this service, he was back to the city of New York where he could easily pursue his music career. He also joined Mannes College of Music where he studied musical composition for three semesters. At this time, he performed in small gigs including weddings and dances. With time, he landed on better opportunities which gave him the advantage of showcasing his talent.

During the 1950s, Evans partnered with a band headed by Miles Davis which consisted of six members. After playing for the band for some time, he joined the group in 1958. A year later, Kind Kind of Blue was recorded. This album recording was released in August the same year. It was a commercial success with the credits of being the best selling album.

Bill Evans tied the knot with Nenette Zazzara in 1973. Their marriage lasted for seven years and ended in 1980. The couple had a son named Evan.