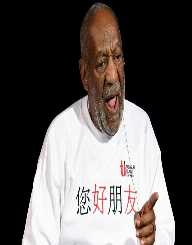 William Henry “Bill” Cosby Jr, was born on July 12, 1937, in Philadelphia, Pennsylvania. His mother was a maid, and his father served as a mess steward in U.S. Navy. Cosby has three brothers. During his childhood, Cosby’s father was mostly away due to his army service in World War II. Cosby attended the Mary Channing Wister Public School, where he was the captain of baseball and track and field team. He described himself as the class clown and enjoyed the title.

Cosby studied at the Philadelphia’s Central High School and worked after school in several odd jobs. He later transferred to Germantown High School but failed tenth grade. In 1956, Cosby enlisted in the U.S. Navy where he served as a Hospital Corpsman and worked with physical therapy. He finished his education with correspondence courses and got a track and field scholarship to Temple University in Philadelphia.

While Cosby was studying at Temple University, he worked as a bartender. He used humor in his work, and after a while moved his performance on stage. Cosby eventually left university to pursue his dream of a comedy career. He began to work as a stand-up comedian in various clubs in Philadelphia and later moved to New York. He gained recognition fast and soon began to book performances in Chicago, Las Vegas, San Francisco and other cities. In 1963, Cosby gained widespread attention after appearing on The Tonight Show. After this, he signed with Warner Bros. Records and in 1964 released his LP Bill Cosby Is a Very Funny Fellow…Right!

Cosby focused his performance on various recollections of his childhood. In 1983, he released the concert film Bill Cosby: Himself, which is now widely known as one of the greatest concert films of all time. The show became a template for the later hit series The Cosby Show.

In 1965, Cosby began to star in the NBC’s adventure series I Spy. He became the first African American to star in a weekly dramatic television series. The series became a major hit and its first year was one of the 20 most watched shows on TV. Cosby won three Emmy Awards for Outstanding Lead Actor in a Drama Series for his role. During this time, Cosby also recorded his first album as a singer Silver Throat: Bill Cosby Sings in 1967. His next television project was the CBS documentary Black History: Lost, Stolen, or Strayed, which he narrated.

Cosby made regular appearances as a guest star on the Tonight Show and had other smaller roles in various television projects. In 1969, Cosby launched a sitcom The Bill Cosby Show, which ran for two seasons. The first season of the show was a major hit and became one of the most watched television series that year. However, during the second season, Cosby did not want NBC to add laugh track on the show, and he believed that that was the reason for not renewing the show.

It was not until 1984 when Cosby began his most successful project, The Cosby Show. The show was an immediate success and became the highest-ranking sitcom of all time. The Cosby Show ran on air until 1992.

After the end of The Cosby Show, Cosby began to star in several different movie and television projects. In 1994, he stared in I Spy Returns and The Cosby Mysteries, shows, which were based on the series I Spy. He also starred in several films, like Ghost Dad and The Meteor Man. in 1996, he started the show Cosby on CBS, which was based on the British show One Foot in the Grave. The show was canceled after four seasons.

Cosby continued to appear in various talk shows and television series throughout the 2000s. A new show was scheduled to be released in 2015. However, NBS canceled the idea due to allegations of Cosby sexually assaulting a young woman. After these allegations emerged, multiple re-runs of The Cosby Show were also canceled.

In 1964, Cosby married Camille Olivia Hangs. The couple had five children together- four daughters and a son, who was murdered in 1997. He and his wife collect works of African American art and have collected around 300 works. He is legally blind since 2016.

Cosby has been accused by more than 50 women of crimes such as rape, sexual assault, sexual battery and child sexual abuse as early as from the 1960s. These allegations emerged in 2014. However, Cosby continued to deny them. Although most of the assaults were outside statues of limitations for legal proceedings, Cosby still has been a subject of eight civil lawsuits. In 2015, a warrant for Cosby’s arrest was issued, following a sexual assault. He was arrested, and a $1 million bail was set. Cosby’s trial is due to start in summer 2017.