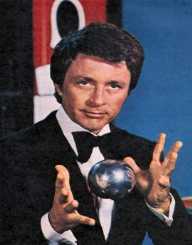 Bill Bixby attended Lowell High School. After graduating from the school, he enrolled in the University of California at Berkeley. He attended the college for four years, but never graduated, as he dropped out with only four credits to go.

After college, Bill Bixby was drafted into the United States Military for a short time. He did not continue his career with the military once his mandatory service time was completed.

Bill Bixby kicked off his acting career in the early 1960’s. One of this earliest roles was as a bit character in the TV series, Hennesey. He did much of the same acting, appearing in small TV roles throughout the 1960’s. However, he did have recurring roles on several TV shows including The Joey Bishop Show, Valentine’s Day, and My Favorite Martian.

In the 1970’s Bill Bixby began to not only focus on acting, but also in directing. From 1970 to 1994, he directed dozens of television shows and movies. Some of the features he directed are listed below.

The Woman Who Loved Elvis

In the early 1980’s he also became a producer. Bill Bixby only produced four things in his career, all of which are listed below.

The Trial of the Incredible Hulk

The Death of the Incredible Hulk

Throughout his film and television career, Bill Bixby only won one acting award: The TV Land Award for the Character You REALLY Don’t Want to Make Angry (The Incredible Hulk). He was also nominated for several awards, which are listed below.

Bill Bixby was married three times. He was first married to Brenda Benet in 1971. The couple had one child together, Christopher. Sadly, he died in childhood. The couple later divorced in 1979. Bixby remarried in 1991 to Laura Jane Michaels. The marriage only lasted a year before ending in divorce. Bixby married for the last time in 1993 to Judith Kliban. The couple stayed married until Bixby’s death.

Bill Bixby was diagnosed with prostate cancer in the 1990’s. The cancer was the cause of his death. He died on November 21, 1993, in Century City, California, USA. He was 59 years old when he passed away.