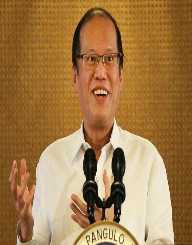 Benigno Aquino III was born in Manila, the Philippines on the 8 February 1960. Benigno’s mother was Corazon Aquino, who was president of the Philippines from the 25 February 1986 to the 30 June 1992. His father was a political activist and leader Benigno Aquino Jr. When Benigno was a child, Ferdinand Marcos imprisoned his father. Later, When Benigno Aquino was at university in Manila, his father was released from prison, the family moved to Boston in the United States.

Benigno finished his studies in the Philippines, then joined his family in the United States. Later, in 1983, when his father was allowed to return to their homeland, he was assassinated on arrival. Corazon Aquino who was in the United States at the time of the assassination moved back to the Philippines and challenged the Marcos government over the death of her husband. This led to the eventual downfall of the Marcos government. He has four sisters.

Benigno Aquino III was education at the Ateneo de Manila University. He graduated with a degree in economics in 1981.

After returning home to the Philippines in 1983, Benigno Aquino III had some jobs. He worked for Nike Philippines as well as the Philippine Business for Social Progress. In 1986, Benigno was appointed Vice-President of Best Security Agency Corporation, a company belonging to his family. In 1993, he resigned his job and took up a position at another family business, a sugar refinery.

Coming from a political dynasty, Benigno Aquino III was always going to move into politics. In 1988, he became a member of the Liberal Party. He served three consecutive terms, representing the 2nd district of Tarlac Province. Benigno was deputy speaker of the House of Representatives (2004-2006). In 2006, he was vice-chairman of the Liberal Party, and in 2007, he won a Senate seat. In September 2009 Benigno Aquino announced his candidacy in the 2010 presidential race.

Benigno Aquino III was sworn in as President of the Philippines in June 2010, becoming the 15th president of his country. He was the first graduate of Ateneo de Manila University to become president and also the first single man to be president.

The Moro Islamic Liberation Front peace agreement in October 2012, is considered one of his significant accomplishments. Economic growth under his presidency was another achievement.

On an international level, tensions with China over access to the South China Sea was a flashpoint. Benigno’s government took the matter to the Permanent Court of Arbitration at the Hague over ownership of a reef China claimed. The Hague found that China had no claim as the beach is within Philippine territorial waters

To date, Benigno Aquino III has remained a bachelor.

There was a criticism of his government over the 2010 Manila Hostage Crisis. An ex-Philippine National police officer with a grudge, Rolando Mendoza, hijacked a tourist bus. When, after ten hours, negotiations broke down, Mendoza opened fire. Eight hostages died, and others were injured in the incident.

Although Aquino gave sincere condolences to the friends and families of victims, there was criticism when he defended the police. Benigno Aquino compared the Manila massacre to a recent one in Russia and this offended people. He subsequently declared 25 August 2010 a day of national mourning in honor of the residents who had died in the crisis.

The Aquino government were criticised for their slow response to the massive Super Typhoon Haiyan disaster of 2013.

Benigno’s party ran into a storm of criticism of the handling of the Mamasapano Massacre, where forty-four special forces members were killed in a failed operation.