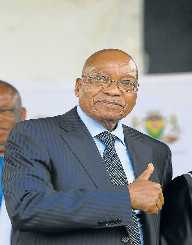 Not much is known about the early life of Ben Ngubane. The little known is that he was born in October 22nd, 1941. His place of birth is in Camperdown, Natal located in South Africa. His family was members of traditional politics. His other name is Baldwin Ngubane.

Ben Ngubane attended the Mariannhill Mission where he received most of his education. He later attended the University of Natal’s medical school in Durban. By 1971 he had completed his studies. He therefore graduated and attained his MB ChB. During his studies in the medical school, he actively participated in political affairs. This was the beginning of his association in politics. He was later appointed as the vice-president of South African Students’ National Union.

Ben Ngubane became a member of Inkatha Freedom Party (IFP) in 1976. In 1977, he also joined the Red Cross Natal Region. During this time at the Red Cross, he served in various positions. He has delegated duties at international congresses of the Red Cross. He was a committee member of the University of Zululand. He was also among the members of the Natal Boxing Board of Control.

Later in 1978, he was appointed into the KwaZulu legislative assembly as a representative of the Enseleni district. From 1991, he joined the KwaZulu government after he was appointed as the Minister of Health. He served in the position till 1994. During this time, he also became a member of the CODESA from 1992.

In 1993, Ben Ngubane represented the IFP party in negotiations with African National Congress (ANC). He topped the elections in the regional list of KwaZulu Natal’s IFP members. He, therefore, earned his way to the National Assembly. Consequently, he was appointed as minister of culture, Arts, Technology and science to the government. In 1999, he was once again re-appointed to the position.

Ben Ngubane became the Commonwealth Science Council’s chairperson in2002. Later in 2004, he was made the ambassador of South Africa to Japan.