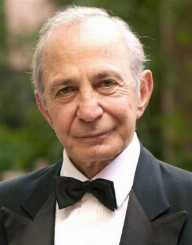 Biagio Anthony Gazzara is an American actor of Italian origin, better known for his roles in films like Anatomy of a Murder, and Husbands

Biagio Anthony Gazzara was born in Manhattan, New York on August 28, 1930. He was the son of Italian immigrants Antonio and Angelina Gazzarra. He later changed his surname to Gazzara, dropping one letter ‘r’ from it.

Having been brought up in New York, Gazzara went to Stuyvesant High School but later transferred to Saint Simon Stock. After high school, he enrolled at the City University of New York. Two years into the electrical engineering course, Gazzara dropped out of college to pursue acting. He joined the Dramatic Workshop to study acting and drama in New York.

Ben Gazzara got his first professional stage role in the early 1950s at the Broadway. He was only 23 years of age. The sadistic role in the first play End as a Man propelled him to the limelight. His deep voice and heavy Mediterranean accent gave him a unique place in the theater group. He was given another significant role in the 1956 production Cat on a Hot Tin Roof. In the latter part of 1956, Gazzara appeared in the play A Hatful of Rain. He took seven years before returning to the Broadway with a string production Strange Interlude in 1963.

Having made a name in theater, he moved on to the film world. His first film role was in the 1955 film production I’ll Cry Tomorrow. He stayed in stage production until 1957, when he appeared in the film The Strange One. Two years later, he had a leading role in the film Anatomy of a Murder. During his tour of Italy in 1960, he was engaged in some local productions. The most famous was the television comedy titled The Passionate Thief produced in 1960. He was invited again in Italy for another production in 1962. This time, it was a war film The Captive City.

After his initial success in the film industry, Ben Gazzara returned to the television screens with a series of productions. From 1963 to 1969, he was heavily inclined to television. His debut series was Arrest and Trial. This television production was on production for two years. It started in 1963 to 1964. From 1965 to 1968, he featured in the series Run for Your Life.

His reunion with erstwhile friend John Cassavetes and association with Peter Bogdanovich cemented his star in the film industry. During the 1970s, the three worked to produce several epic productions. The first film Husbands produced in 1970 was well received by the audience. Many other films followed after that. He played the role of Al Capone, in the mafia gangster film Al Capone produced in 1975, The Killing of The Chinese Bookie, High Velocity, The Death of Richie, and Inchon.

Ben Gazzara had some films done in Europe, mostly in his ancestral Italy. Most of these films were done in the 1980s, following his departure from his two friends. In his illustrious career, Gazzara had over 90 television and film productions. Some of them earning him top film awards for the roles he played.

Ben Gazzara was married thrice in his lifetime. The first marriage was to Louise Erickson. The couple stayed together for six years. This was from 1951to 1957 when the union ended up in divorce. He remarried again in Janice Rule in 1961 but later divorced in 1979. He had a daughter with Janice. Three years later in 1982, Gazzara married Elke Krivat. They stayed together until his death.

Unknown to the public, Gazzara was a heavy smoker. He was taken up by chain-smoking cigarettes and later changed to the large cigars. His love for cars was evident. In 1979, he was invited to officially flag off the motor racing competition in the Daytona 500.

Ben Gazzara's life came to an end in 2012. Having battled with throat cancer from 1999 and a stroke in 2005, Gazzara died on February 3, 2012, aged 82 years. The official death was documented as pancreatic cancer. His remains were later cremated in New York.

Like many people, Gazzara stumbled on his career. He was jealous of the success of his friend at Broadway. When he tried to audition, he discovered his passion. He dropped out of the lucrative engineering course to pursue acting. It is in acting where he found his ingenuity.